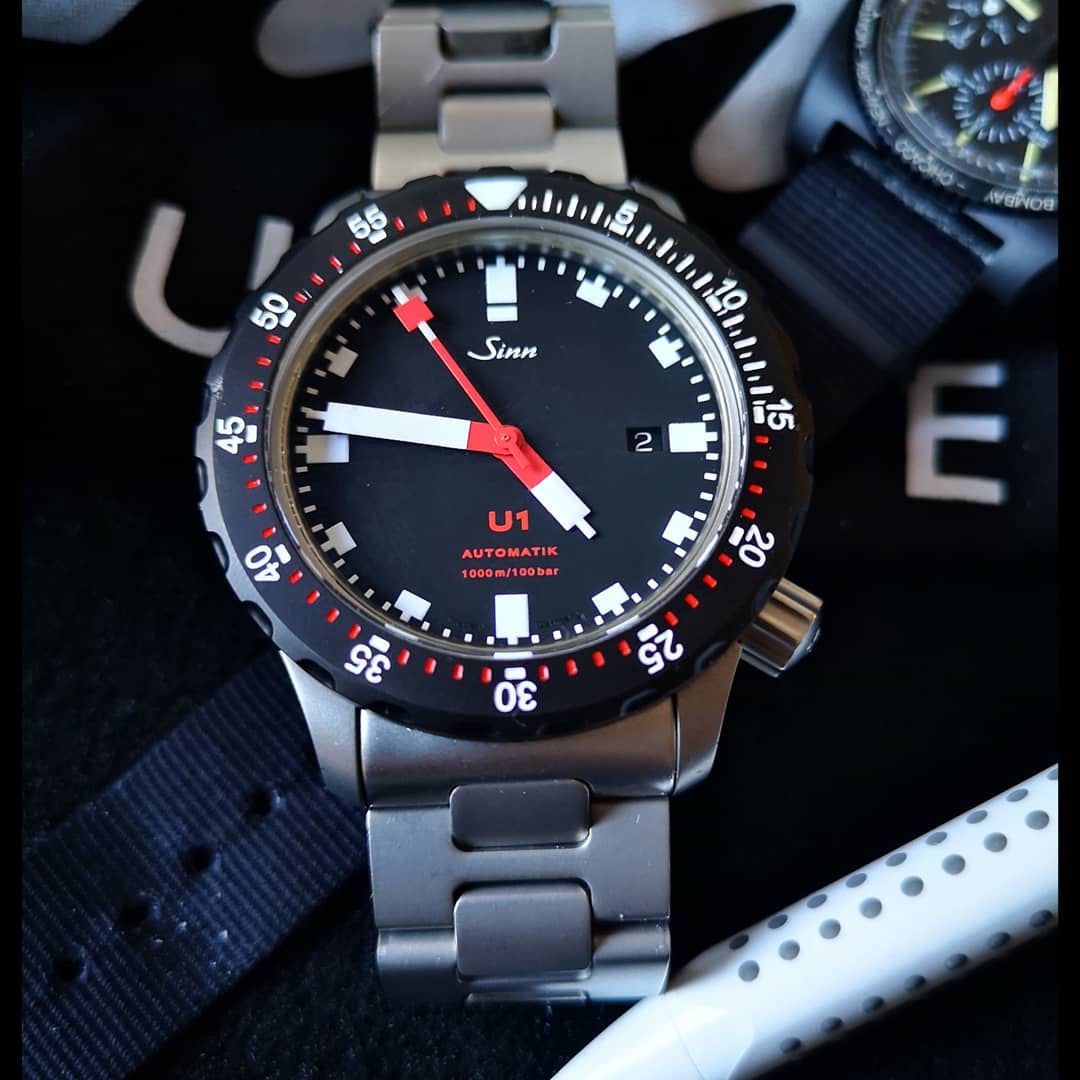 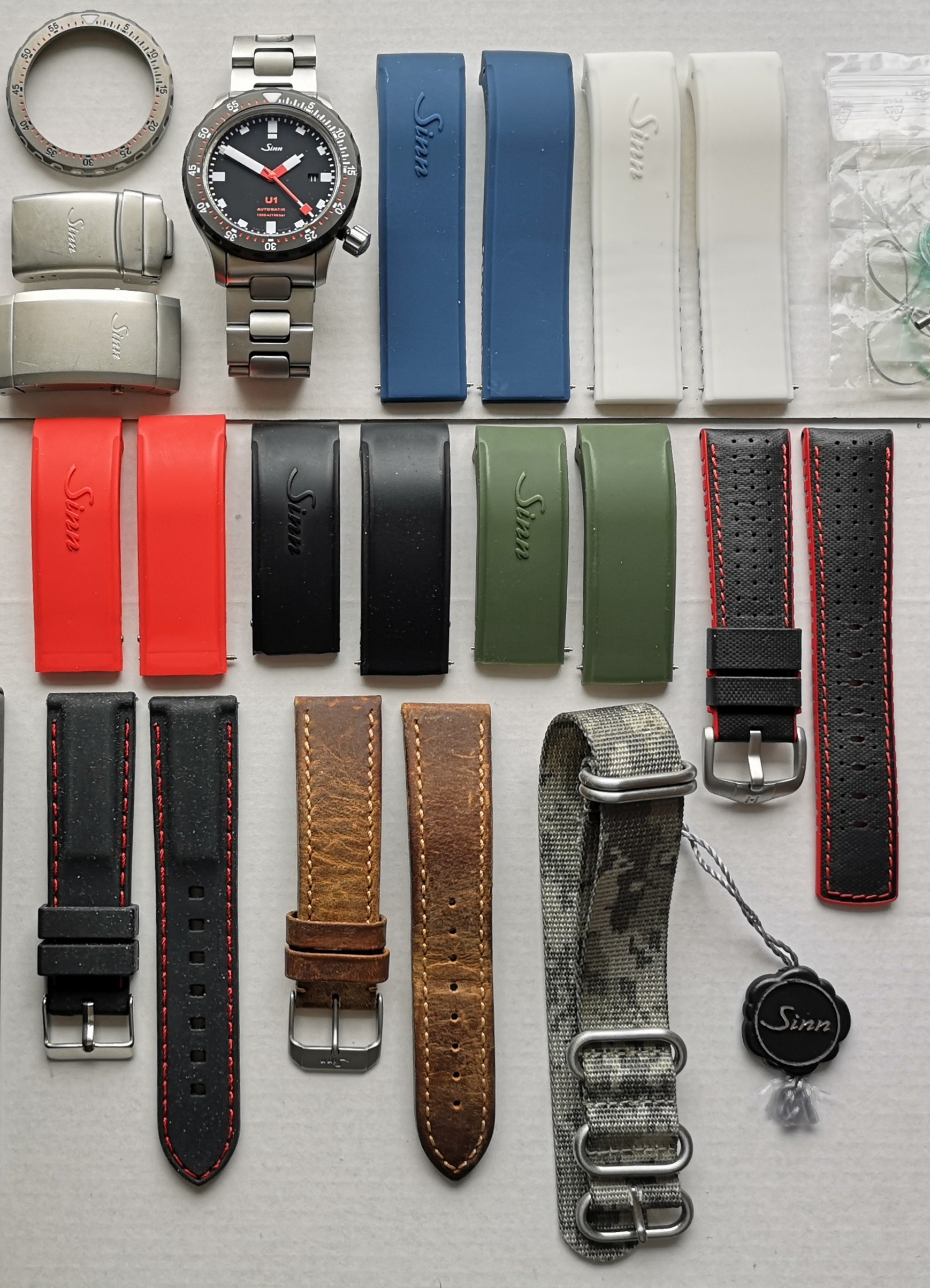 Full set with box and papers plus a lot! of other stuff. 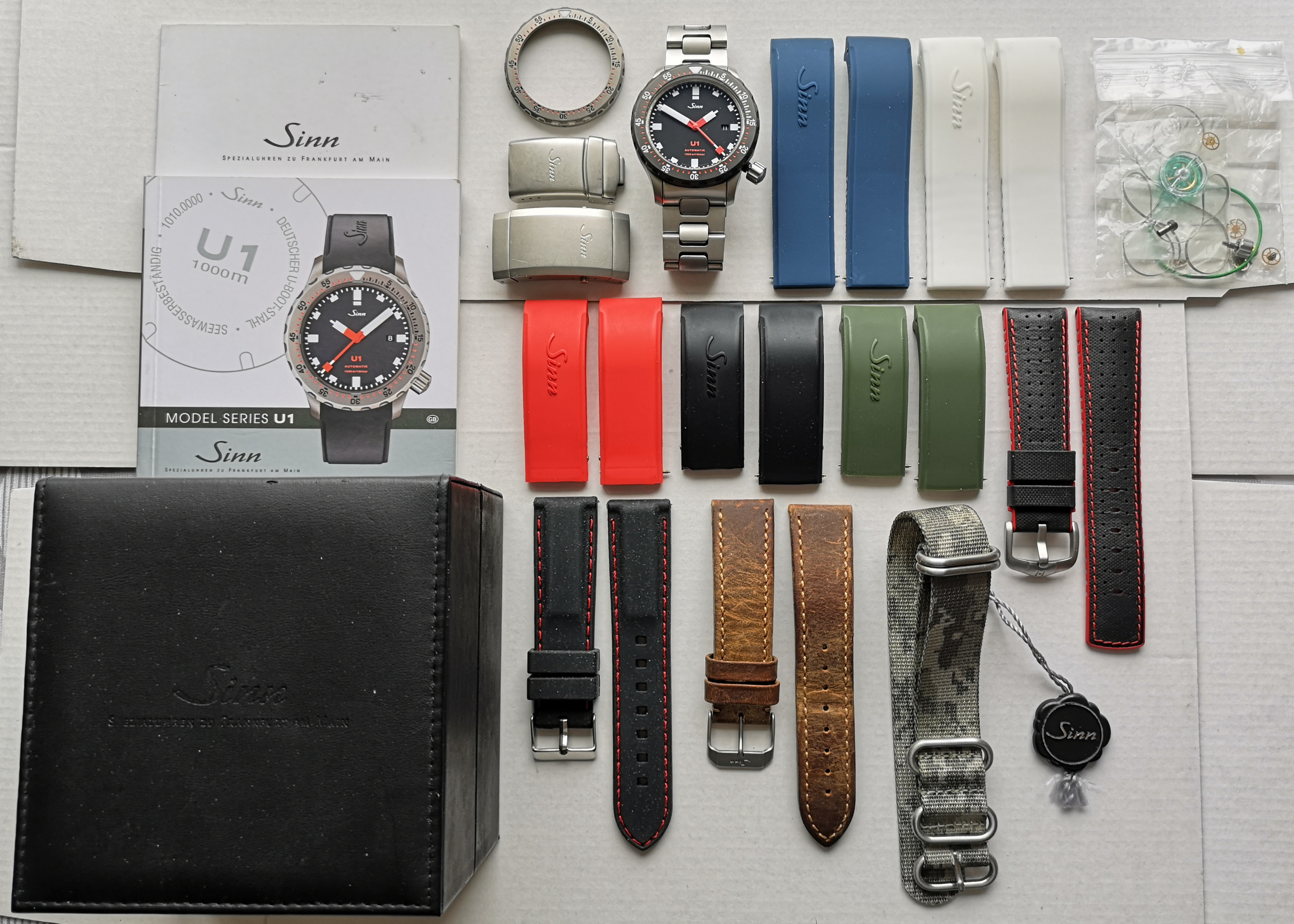 It comes with both bezels. All rubber straps available. Black, red, green, bleu and white. Blue and white are uncut. There is a small dent on the black bezel at 3 o’clock.

Extra straps are Hirsch Terra with Sinn-buckle, Hirsch Robby, no name camo Zulu, no name black rubber with red stitching. The Hirsch Terra is really great during autumn and winter.

There are three clasps included. First the regular one for the steele bracelet. Second the divers clasp for the rubber straps. 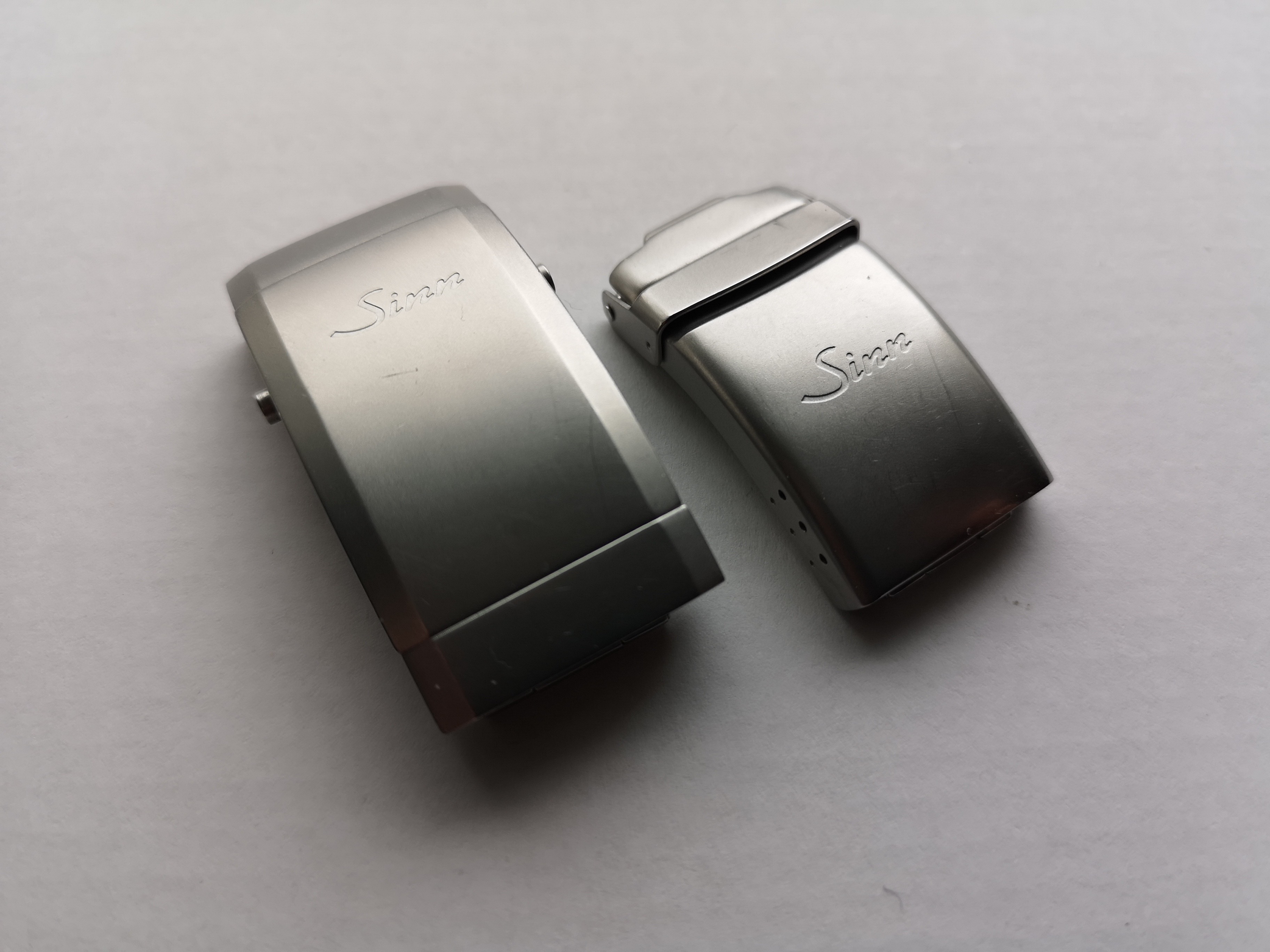 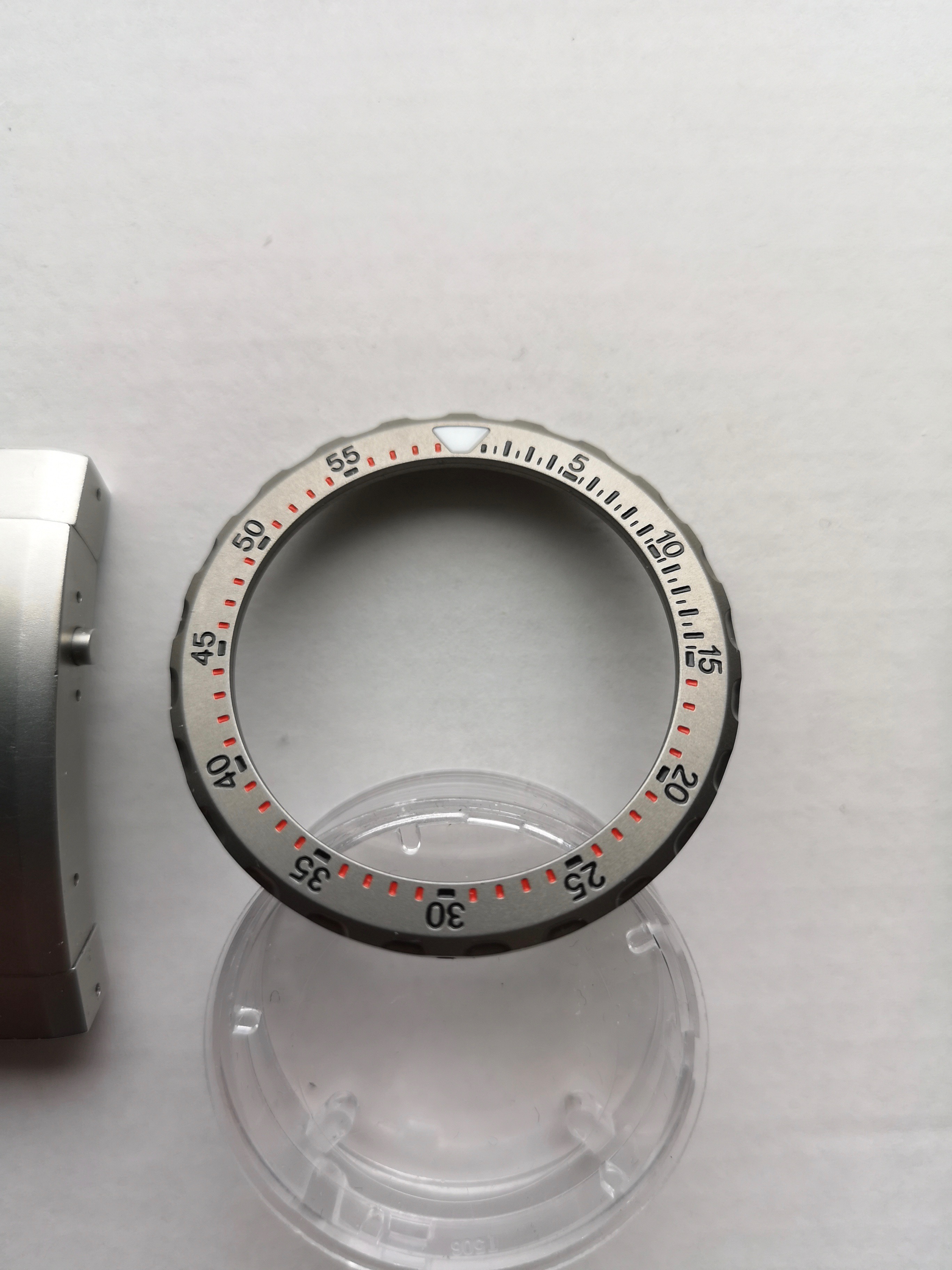 Third is another divers clasp, but the 20mm that I made an experiment with and fitted it to the steele bracelet. In my opinion it looks awesome and so much better than the regular clasp.

However, I asked a watch maker to drill three holes in the clasp so that it would be possible for micro adjustments, but he sort of failed when he managed to partly polish one side of the clasp when he was going to make it smoother after the drill, see pictures. It really shows in some angles and not so much in others, but when the watch is on the wrist you don't think about it. But according to me the combo looks awesome! 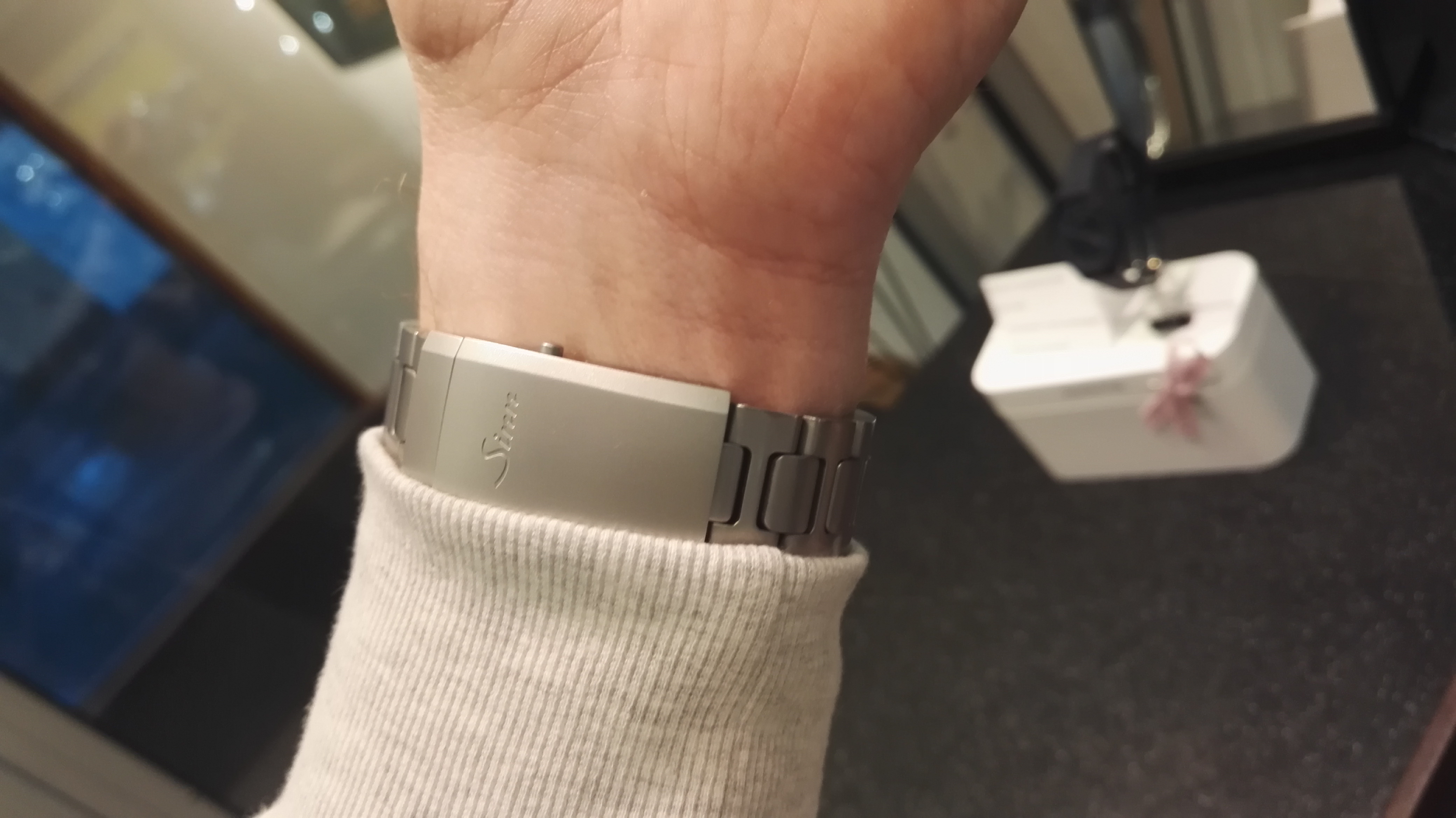 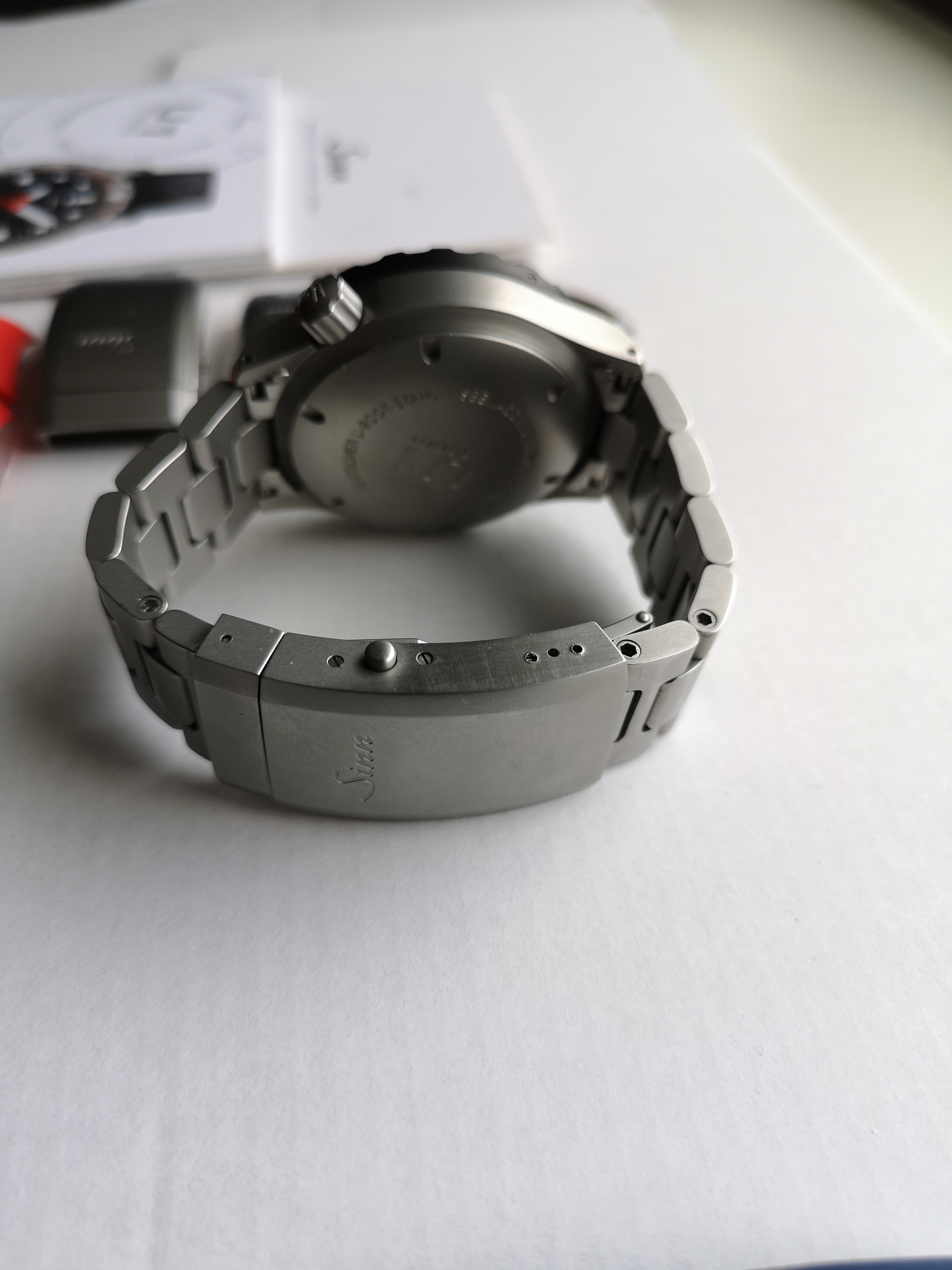 Watch is located in Stockholm, Sweden, but I send it insured within Europe. Shipping costs depend on where the buyer is located. 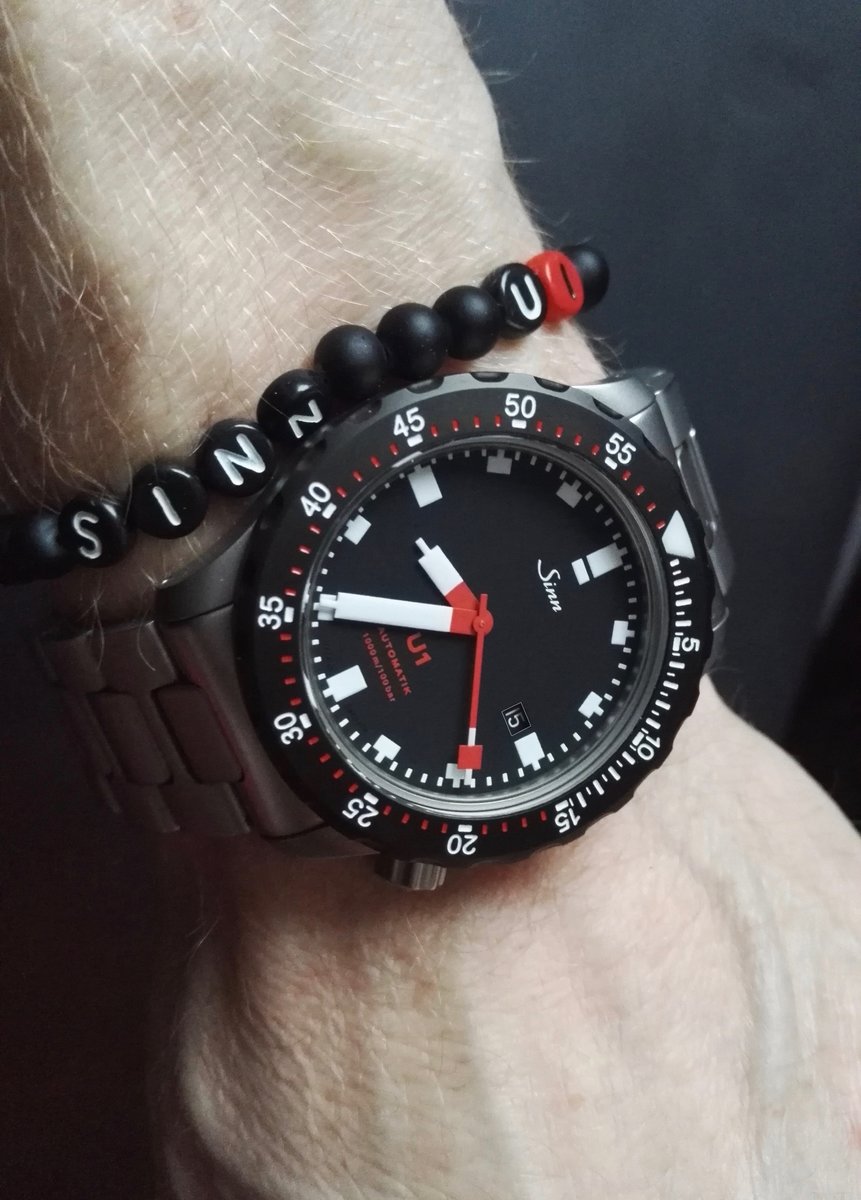 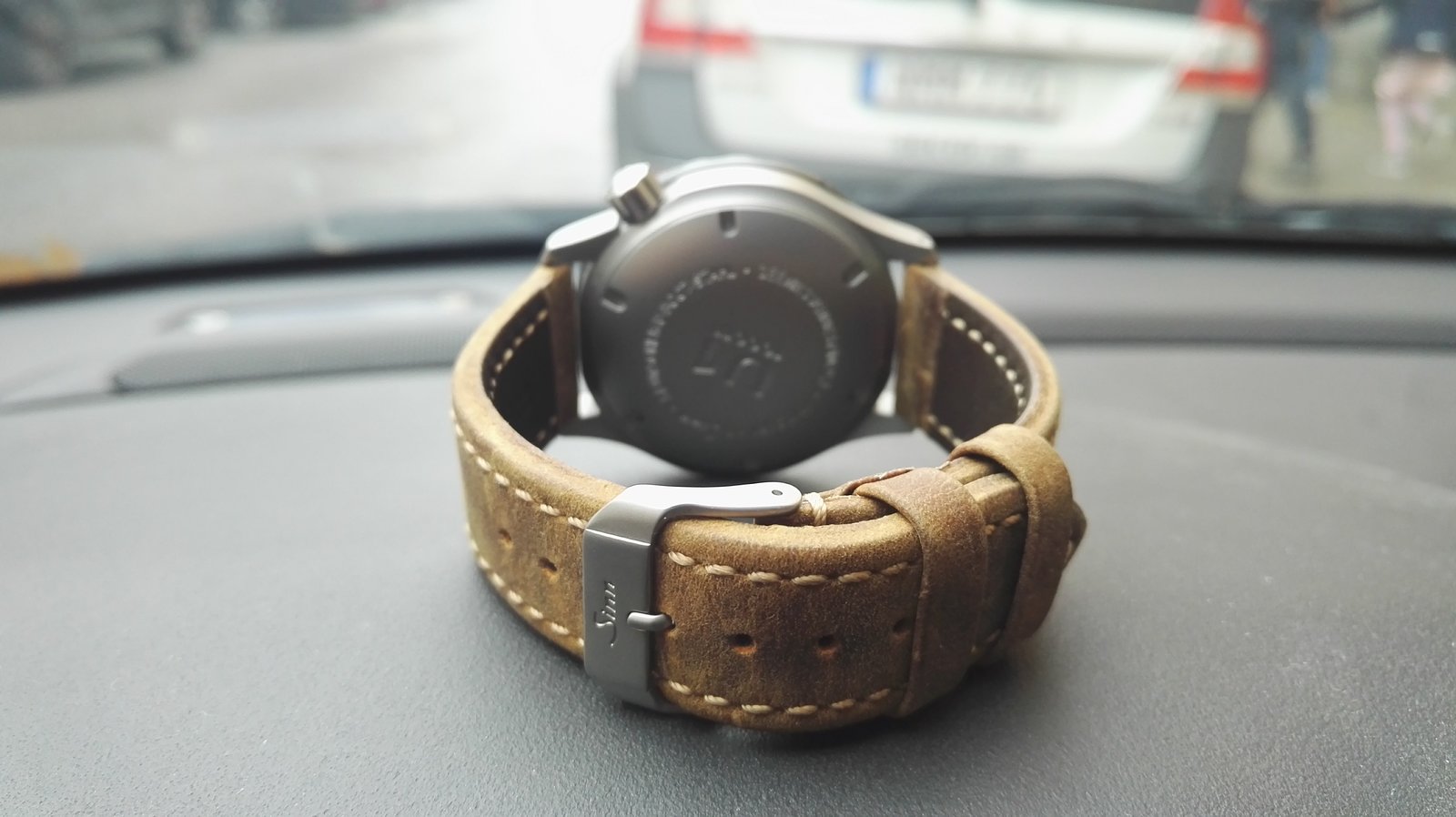