For sale is this all original vintage Seiko diver 6105-8110. Known as the Seiko second iteration of 150 meter diver watch (first being the 62MAS), this reference is also well known as the "Captain Willard" (from being worn by Martin Sheen character in the movie Apocalypse Now, opposing Marlon Brando with his bezel-less GMT master). The watch was very popular among the GIs in the Vietnam War for its reliability and toughness. Not only it was popular with the GIs, Swedish Navy also used this reference as part of their equipment (with the distinct "trekonor" or three crowns mark on the caseback), interesting read here: https://www.hodinkee.com/articles/bring-a-loupe-august-31-2018

The watch is instantly recognize from the assymetrical case shape. This particular watch works flawlessly, keeping good time. The automatic movement has hacking function. The bezel is original with some scratches, rotates in both directions as it should with sure clicks. The crown features a locking mechanism that still works. Movement is clean and robust, only a little shake to wake it up after a long sleep. Service history is unknown.

The dial is original and clean. The Seiko logo is a bit oxidized, the hour markers have their original lumes that have developed some wabi. The hour and minute hands are original and developed some wabi too. The sweeping second hand is original unfortunately it has lost the distinctive red dot lume. Crystal looks like original, clean but it has a little dent at around 4 o'clock. Case is unpolished, still retains original factory lines with 2 noticable dents near the crown. Crown is original locking crown (again it works) with a little dent. Overall condition is not mint, but that way we know that this watch is all original and has lived the life it was destined to live, that is to become an awesome tool watch.

I'm offering USD 1300 delivered worldwide (with EMS uninsured, we can do insured with other couriers with additional cost) including paypal fee. Please email me if interested. 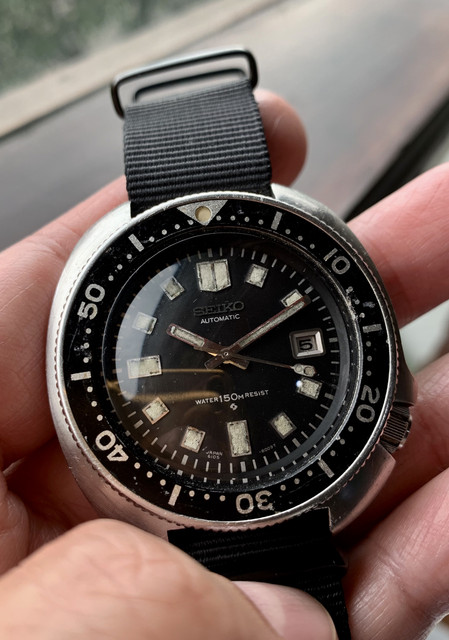 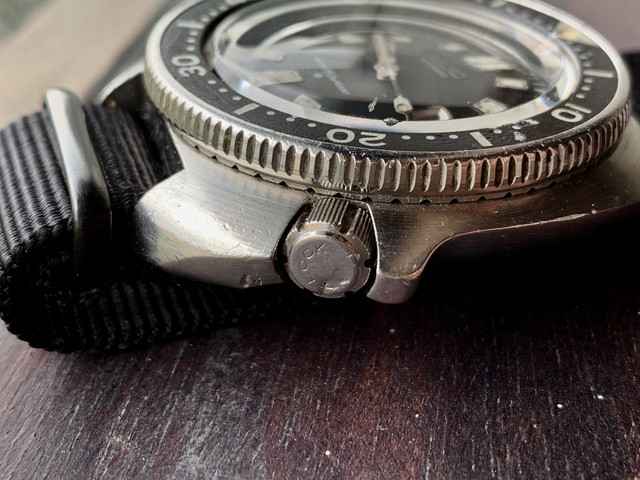 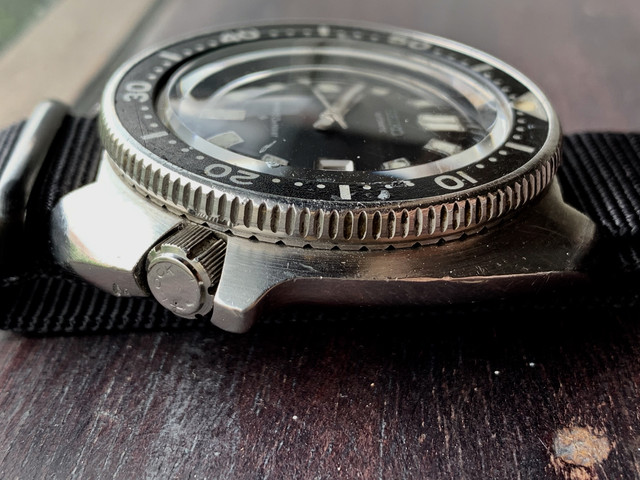 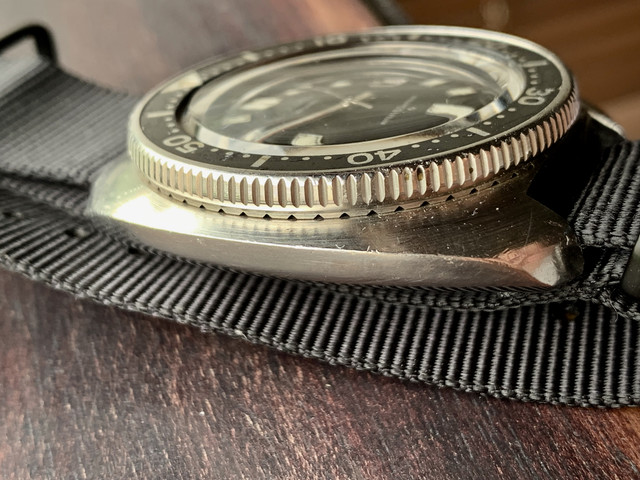 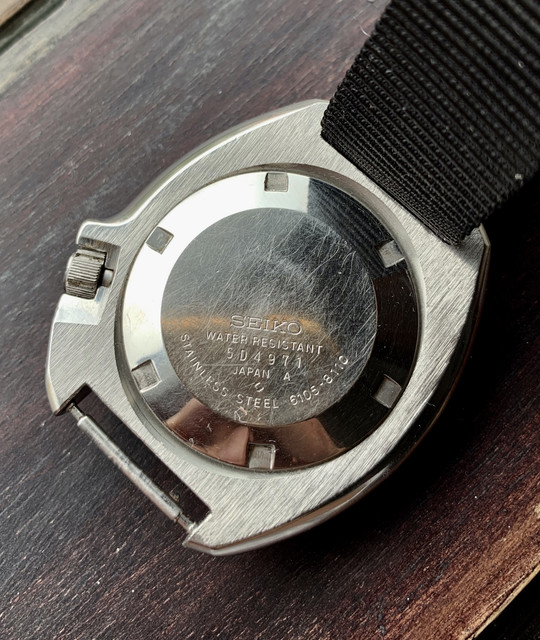 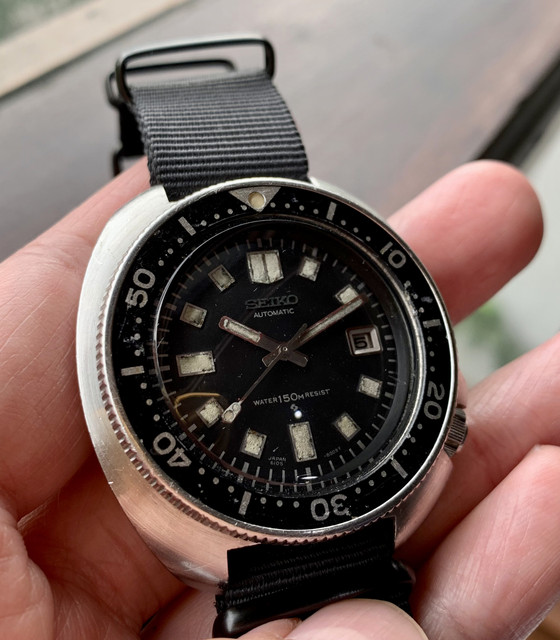