Hi,
Is this watch still available?

NOS Seiko 7t59
: $750 OBO
: all offers are welcome
: can pay thru PayPal or bank wire
: in good running condition without any issues

: Got this from the web
: A quick history

: The 7T59 calibre lived a short, but glorious, life from 1991 to
: 1993 and is still, in the analog watch world, one of the most
: complicated movement manufactured for the consumer grade
: segment. There is a school of thoughts that Seiko's own 7A28/38
: is a superior movement, but let's not forget that the 7T59 is,
: to this day, the only analog 1/100th second chronograph offering
: day + date + GMT functions. Nothing in the current Seiko range
: of Coutura, Sportura, Premier, and even Velatura, offers as
: much. Nor can we find any watch like that in the catalogues of
: other brands.

: Seiko Japan said that they manufactured the 7T59 to prove to the
: world it could be done. The reason they gave to explain the end
: of production was that digital watches had become all the rage
: and could offer the same functions for a lot less money. It is
: true that, for its days, the 7T59 range was expensive, with
: typical street prices between $750 and $1000, and over,
: depending on the model. If we calculate the cost of purchasing a
: 7T59 in constant US Dollars over 20 years, the introductory
: price of $2200 for the Masterpiece in 1992 would equate to $3500
: in 2012. In the current Seiko range, this price is about the
: same as the RRP for the Ananta automatic chronograph, model
: SRQ005J1, with its calibre 8R24. Not cheap indeed. We can assume
: that development costs had been such that Seiko needed a high
: RRP to recover their costs.

: The 7T59s are also linked to the Olympics of 1992. At the Barcelona
: Summer games, Seiko was the official timekeeper and ran an
: advertising campaign to showcase the 1/100th second chronograph
: technology alongside the need for accuracy of Olympic events
: (see the Media/Adverts section). 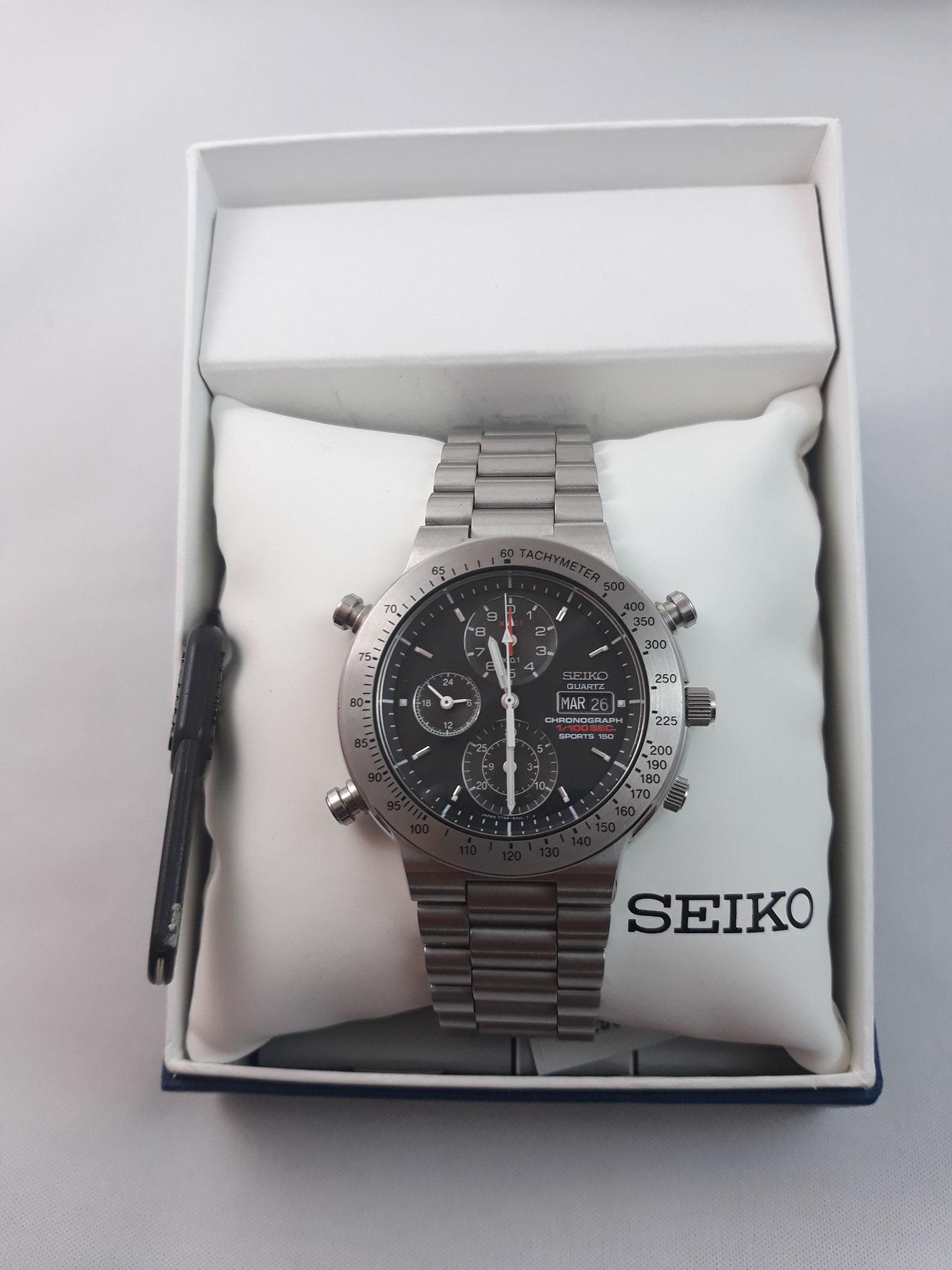