Hi.
Up for sale is a genuine, certified, Omega Speedmaster MKii Telestop, reference 145.037. This was a version of the MKii created by Omega to allow remote cable activation of the pushers. The reason for development remains unclear and the Omega archives only list 50 manufactured. To allow attachment of the remote cables the Telestop pushers are elongated and the cut outs around the pushers larger than on the usual MKii case.
I located this watch about two years ago. It had been converted back to standard pushers and had a standard MKii crystal fitted. There is a difference in crystal thickness for the Telestop case and the normal MKii.
After sourcing an extract of the archives from Omega to determine this really was a genuine Telescope I opted to have Adam Lewis at Lewiswatchco return the watch to it's original specification.
The watch now has the correct Omega pushers and crystal. The case has been refinished to Adam's high standard and looks amazing, hard to capture in a photo. The hands are service hands but Adam has relumed them to match the original dial lume. The dial is in excellent condition with creamy lume and the casebook is outstanding with inscriptions razor sharp. The was fully serviced and pressure tested at the same time, it is working flawlessly.
Included in the sale are parts removed during service, some incorrect like pushers and crystal, and a set of MKii tritium hands. Along with he extract of the archives confirming the watches identity and service record from Lewiswatchco.
As stated above the Omega Archives list but 50 of these Telestops produced and it is doubtful they all remain today. This is, dare I say the words, a rare watch.
There is ongoing debate over at Omegaforums as to why these watches were actually produced, use in space?, downhill skiers?, in laboratories?. There are many theories but one thing is certain they made just 50 with most known examples delivered to Spain
A beautifully restored watch with an intriguing past. A chance to own a mysterious piece of Omega history and join in the speculation around why these watches were produced.
Happy to answer any questions or supply more pictures. I have been active on Chronotrader for many years and can supply references as required.
Asking $5750.00 including worldwide shipping.
Tony 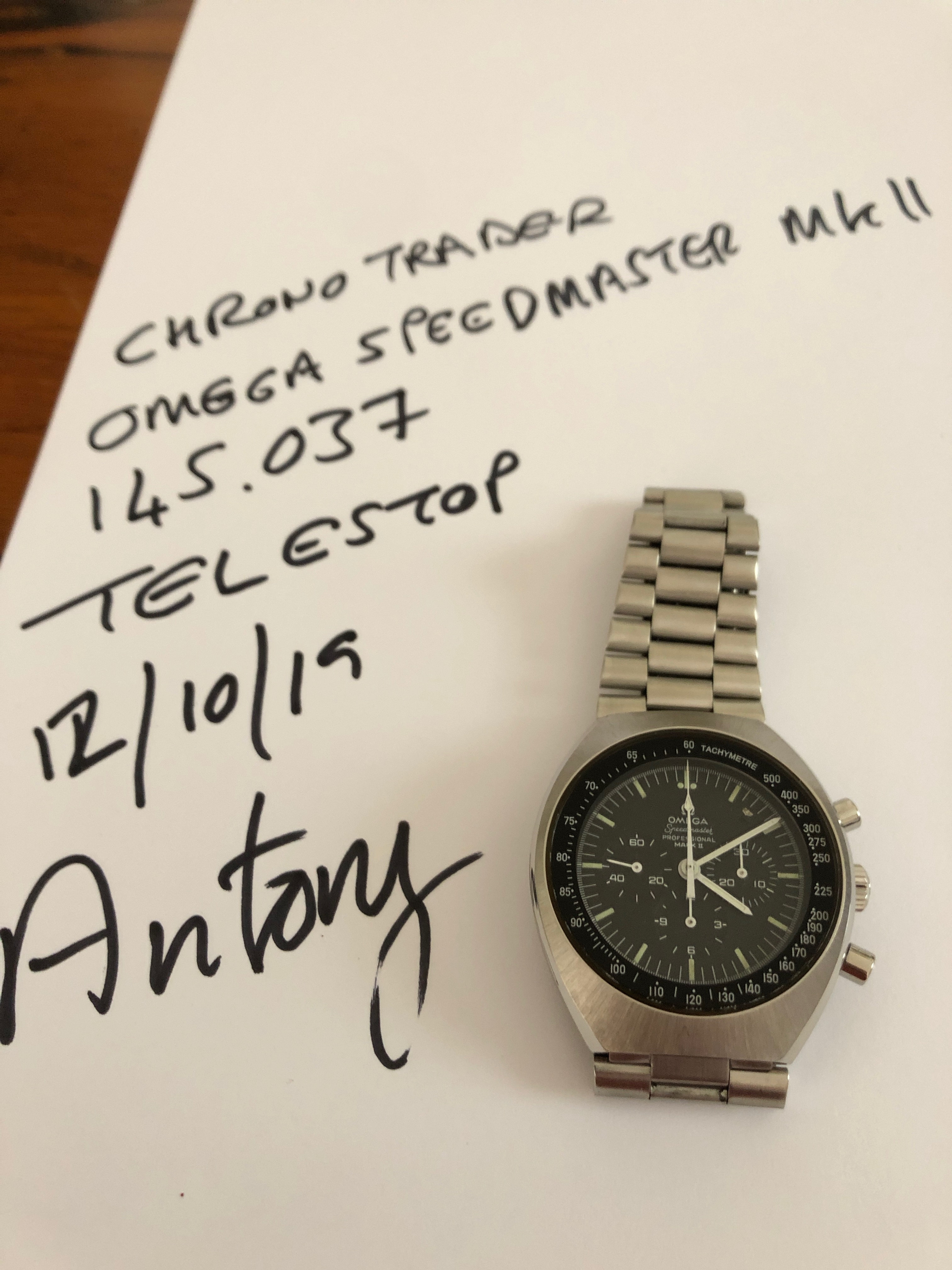 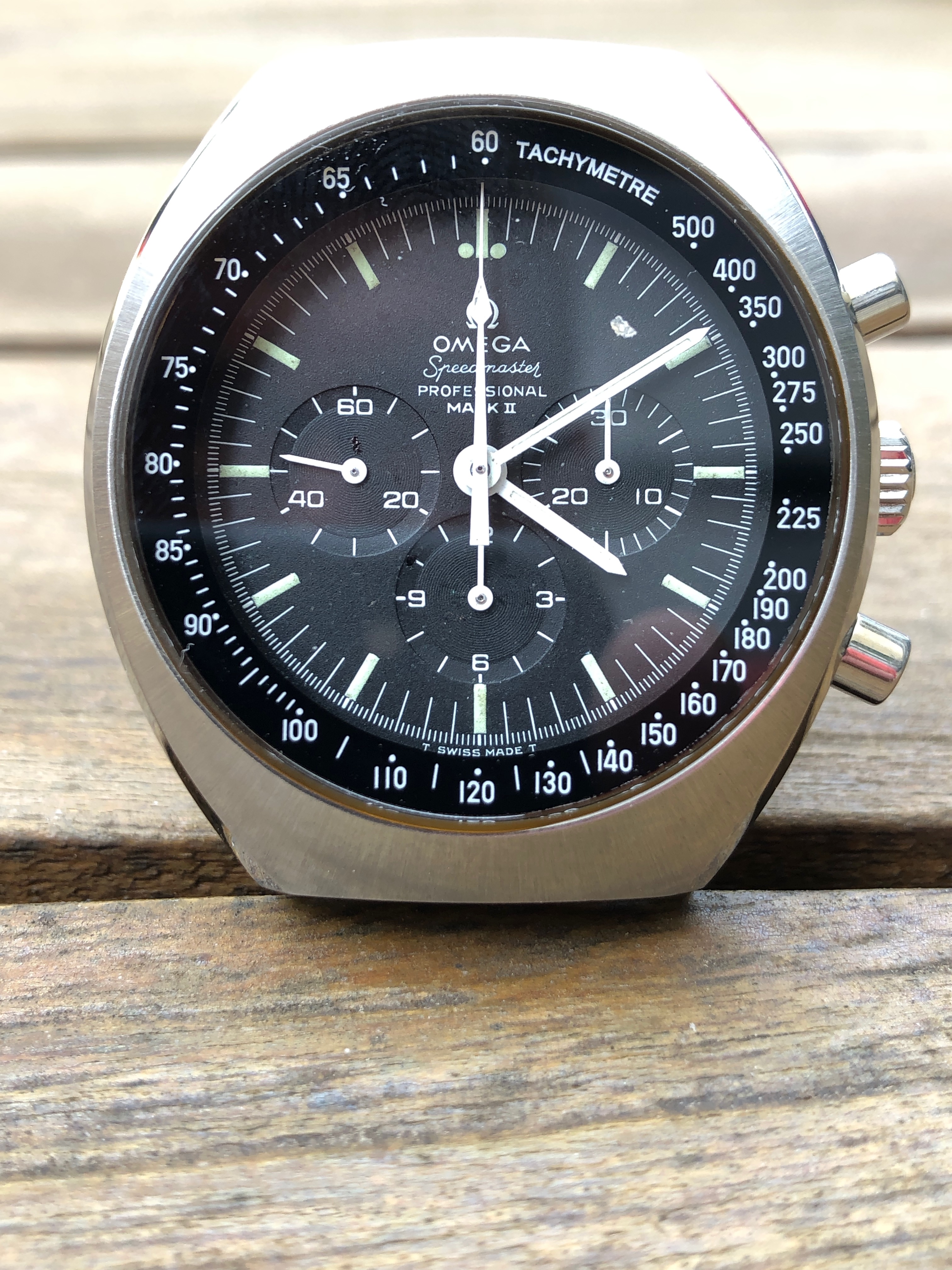 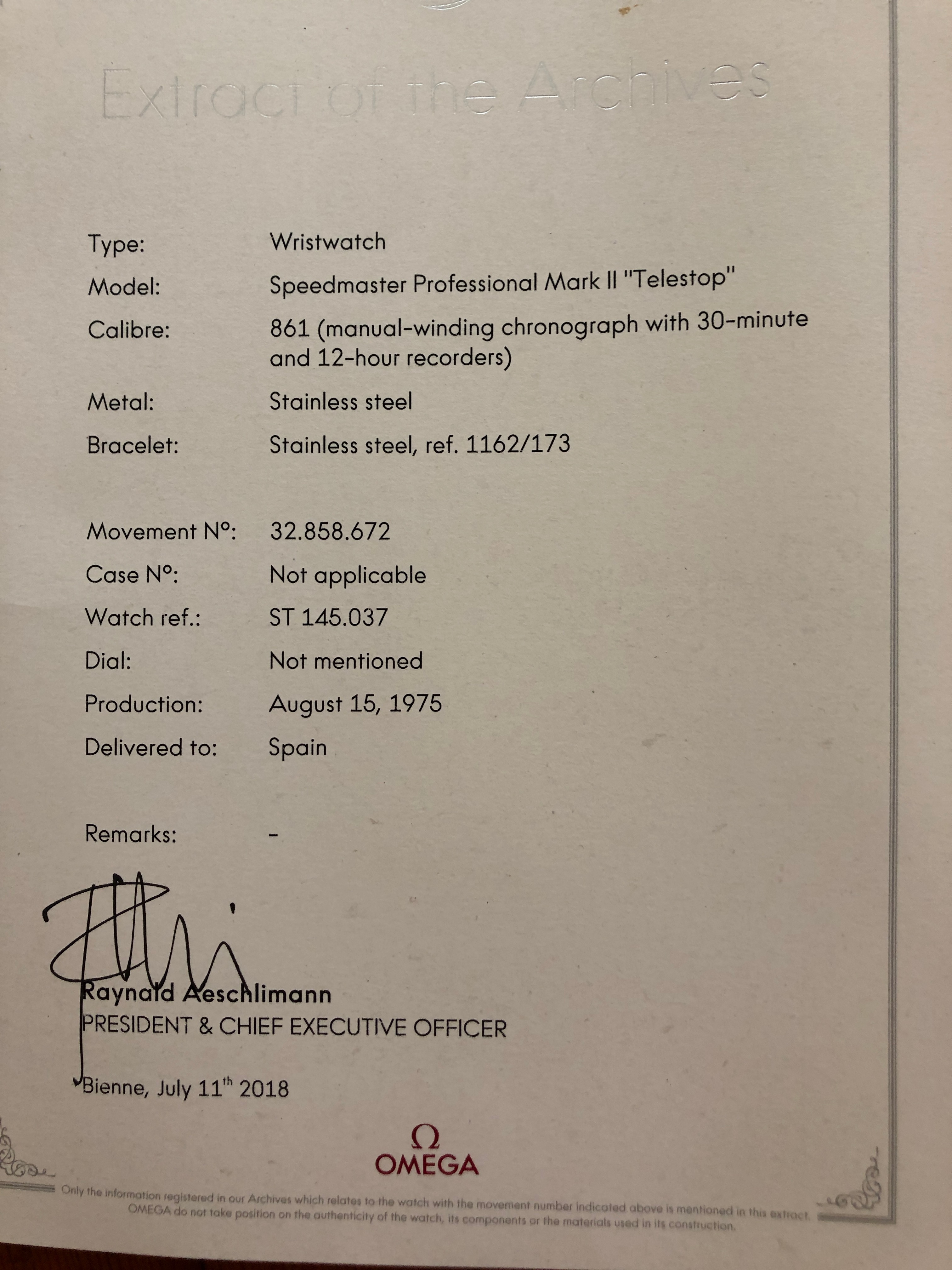 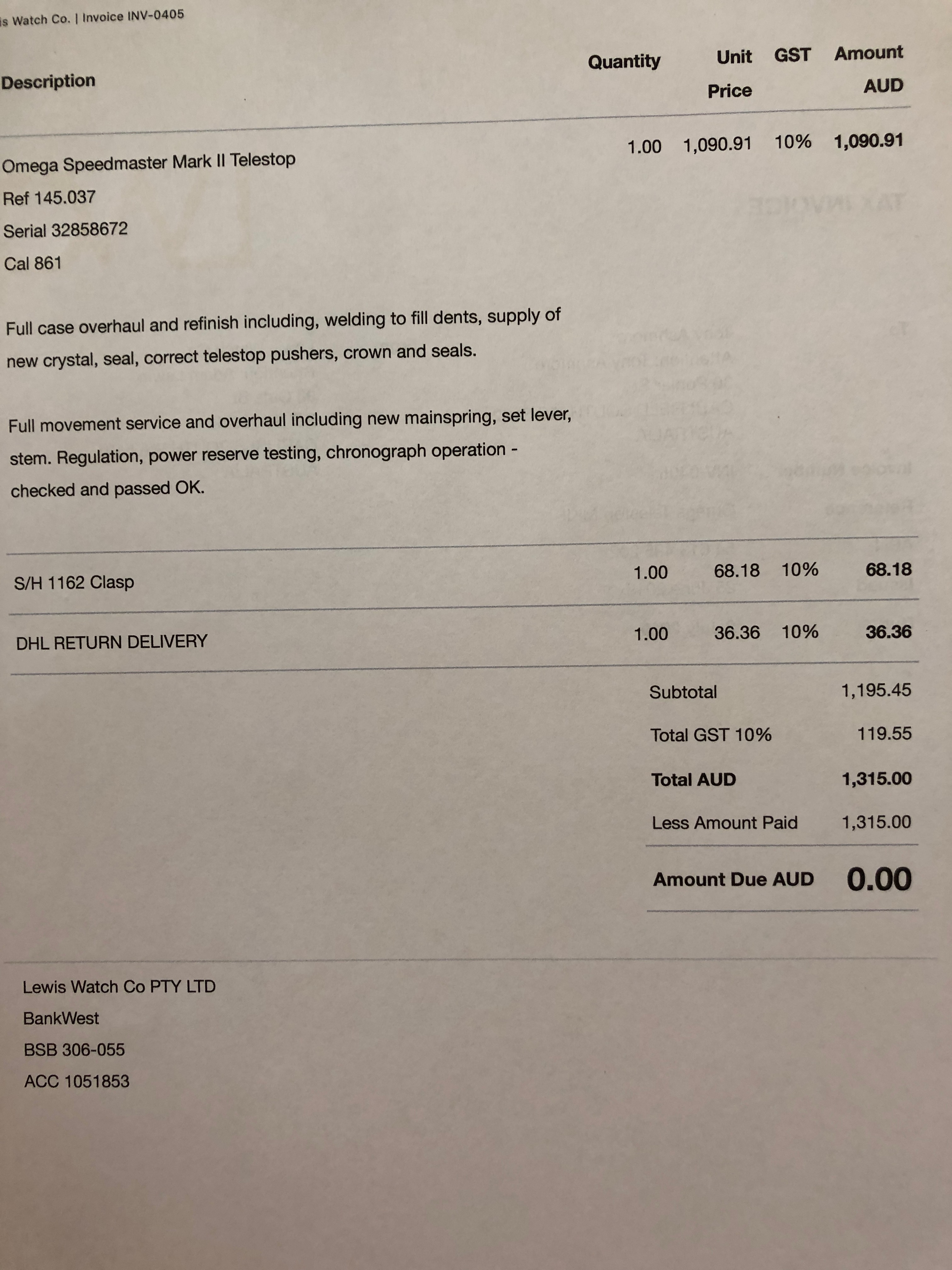 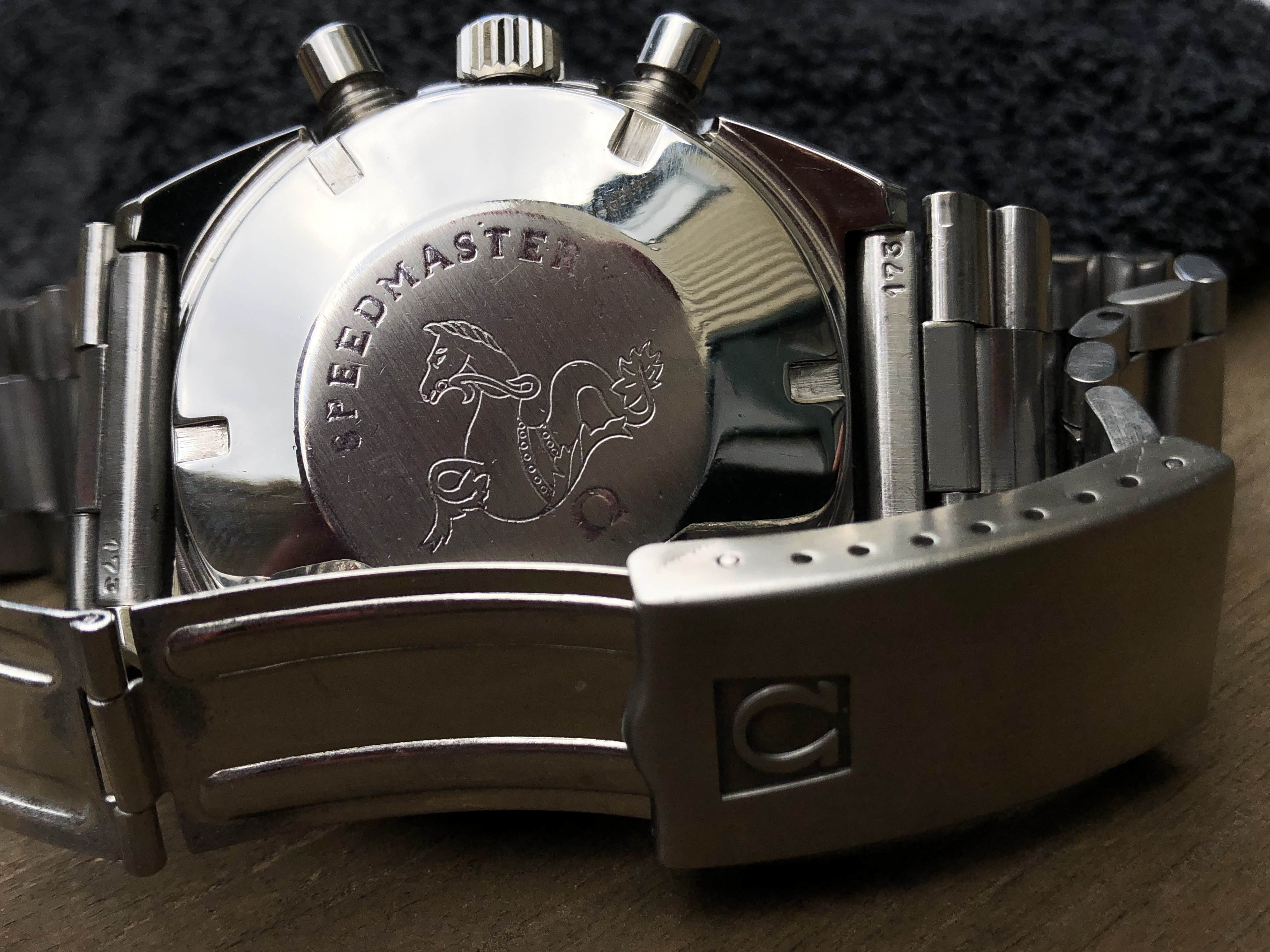 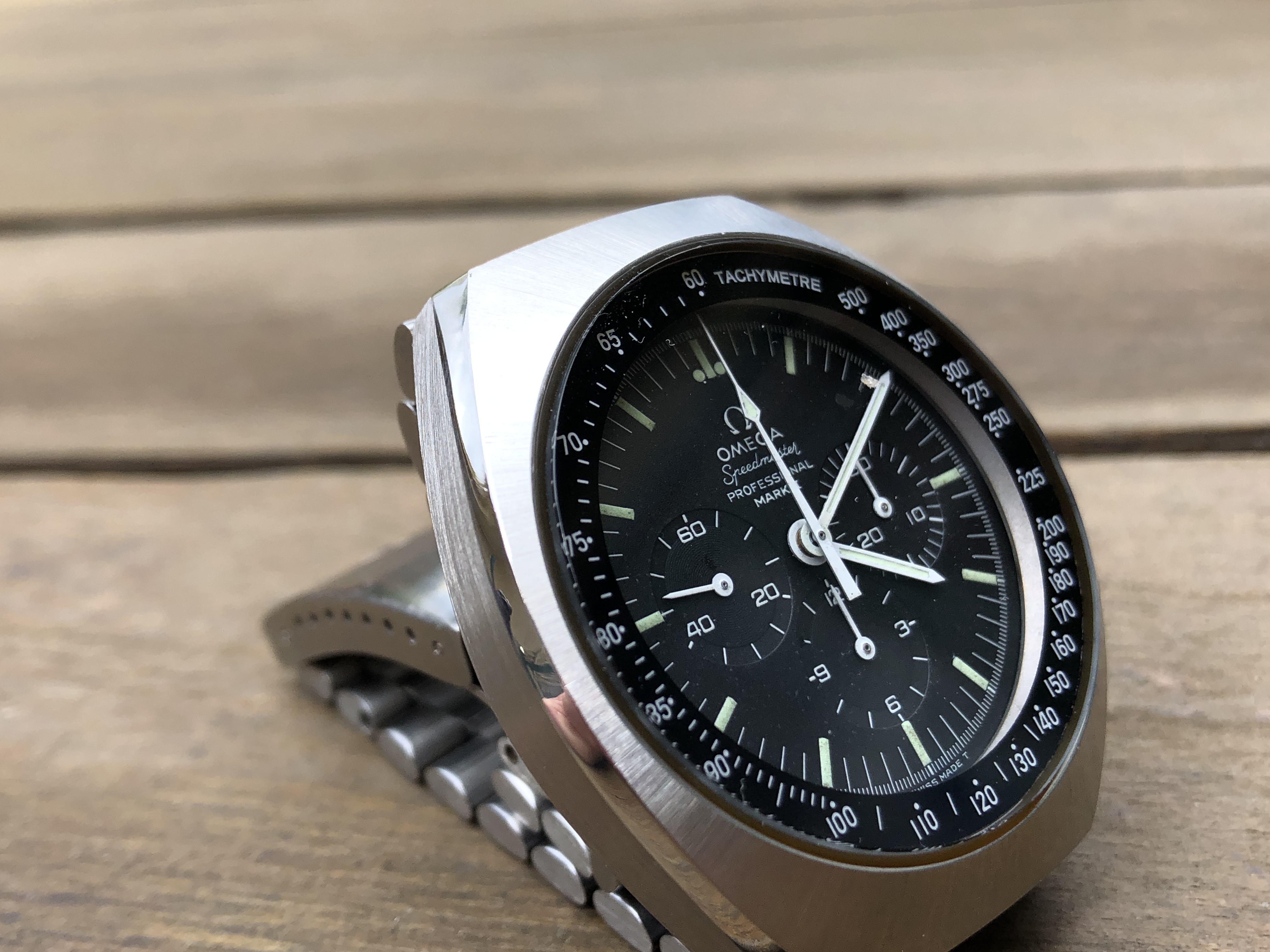 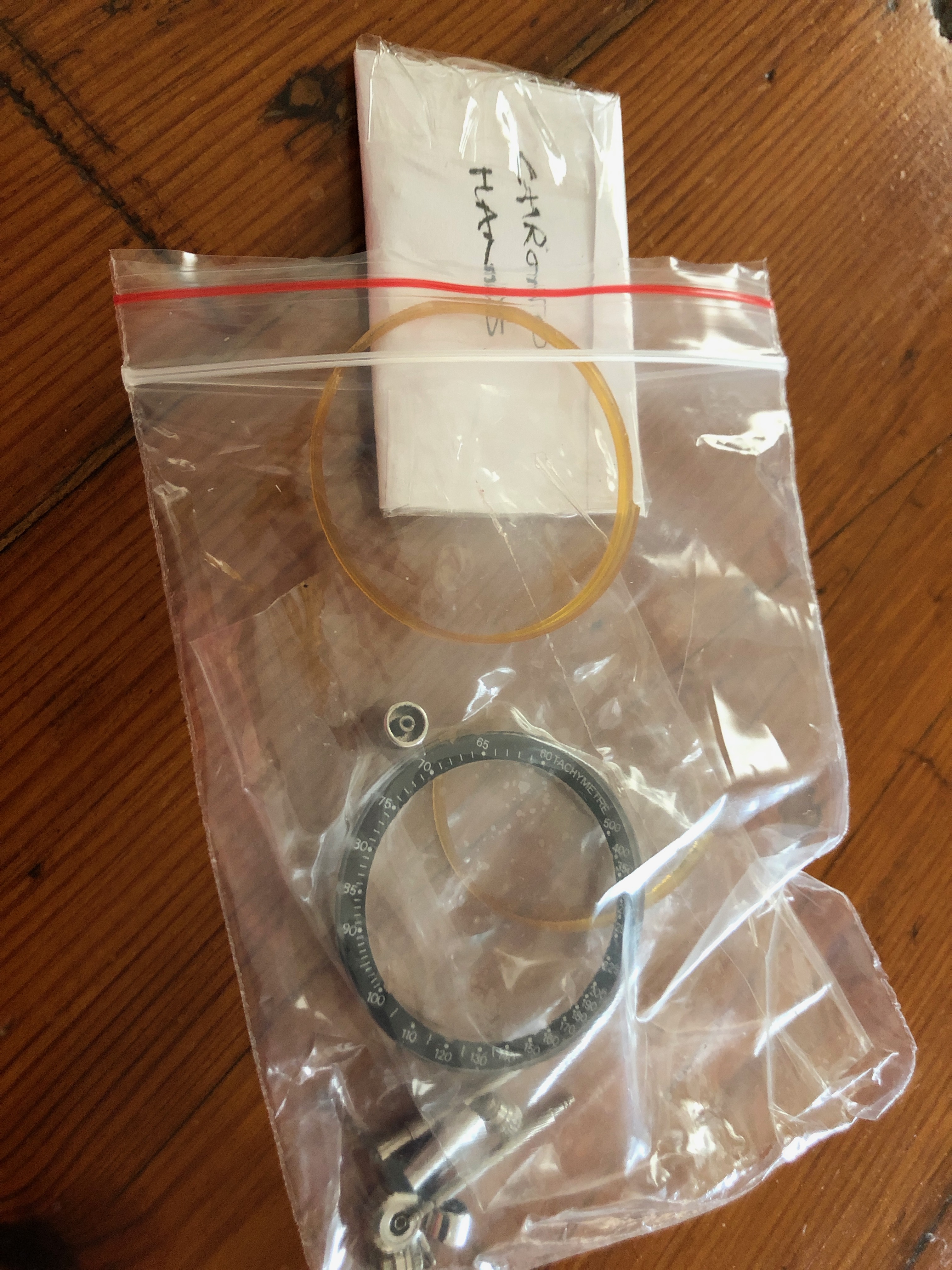 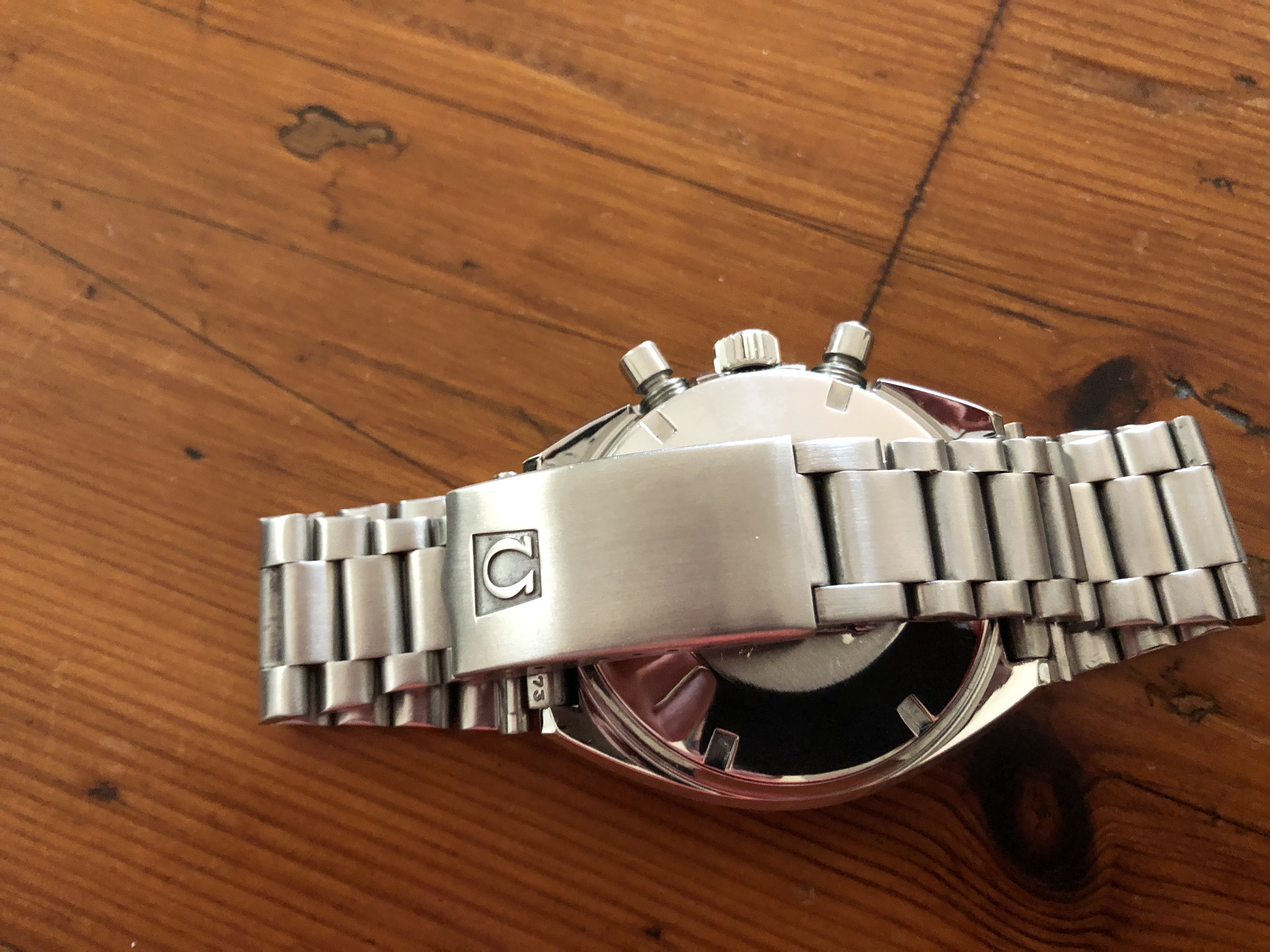 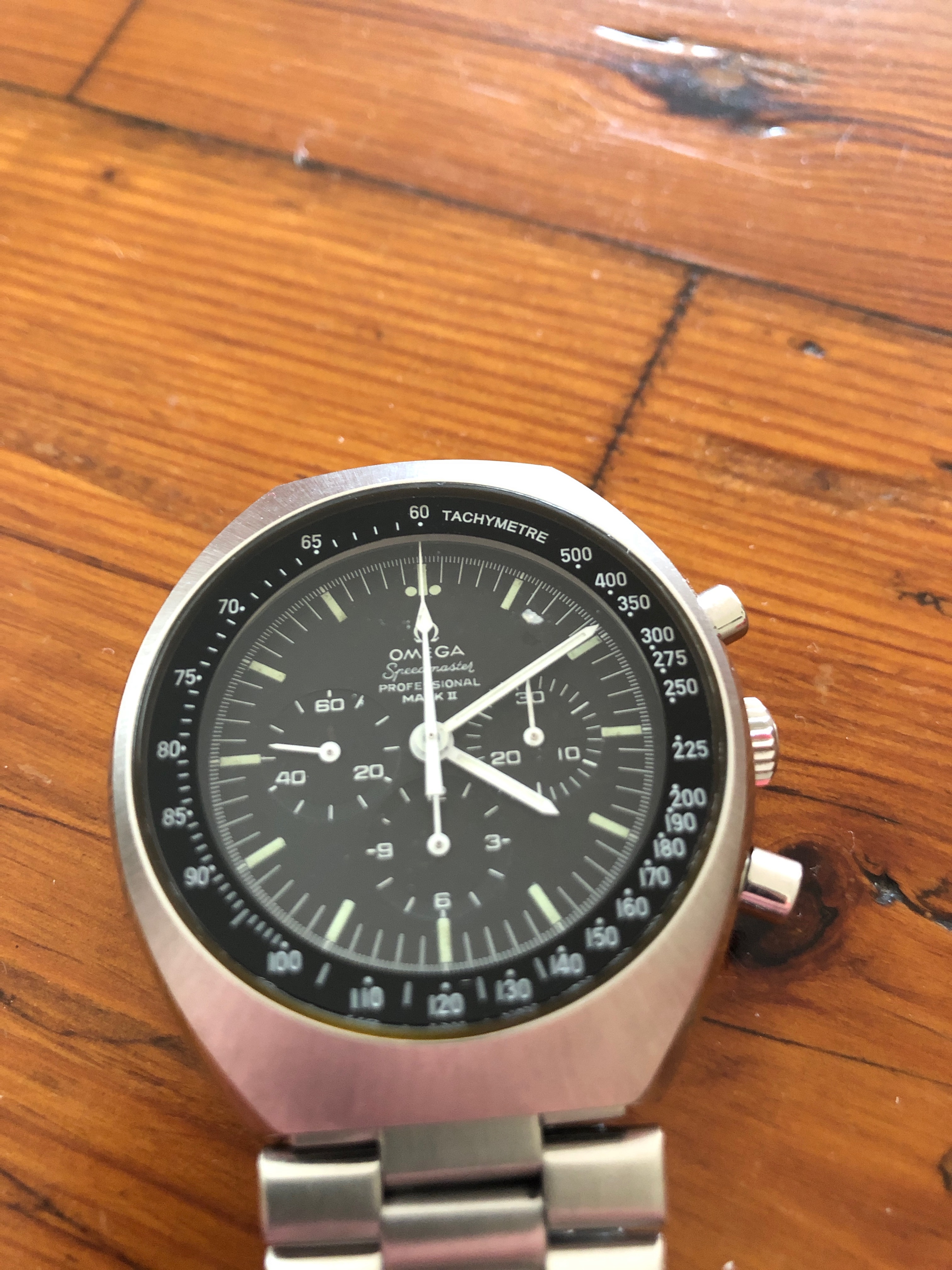