Here for sale I have a beautiful Certina Chronolympic.
According to www.vintagecertinas.ch (please, check them out), “the Chronolympic models were Certina’s best-known and most successful line of chronographs, and featured a lot of interesting and beautiful pieces. The first Chronolympic models (Ref. 8501 503) came to the market at a time when chronographs were becoming popular again at the end of the 1960s. Manual winding movements like the Valjoux 232, 234 and 726 were initially used, before an automatic version with the Valjoux 7750 (Ref. 674 3559 41) was launched in 1975. Models similar to this reference were also available from Longines, Mido, Rado and Technos. Those brands were consolidated into the GWC (General Watch Co.). The models vary primarily in their different dial designs.”

This particular piece was produced for only 4 years (1968-1972). It features a blue dial with three white sub dials (30 minute chronograph recorder, hour recorder, and constant running seconds). The colors on this one particullarly pop, the blue on the tachymeter and dial, the red accents (on the subdials aswell as the chronograph hand) and the white writing makes this watch really sporty.

The case, measures 39x43mm. It’s in remarkably good condition, although it has seen a polishing wheel before (just so slightly, and still mantaining the original finishing).

It comes with the original bracelet, and correct endlinks. The clasp has a double security feature, with the usual clasp plus another smaller clasp to secure it. It also comes with a microadjusting clasp (that slides in and out).

The caliber inside is the well known Valjoux 726 (modified by Certina, making the cal. 29-062), it has been serviced and it’s running excellently. 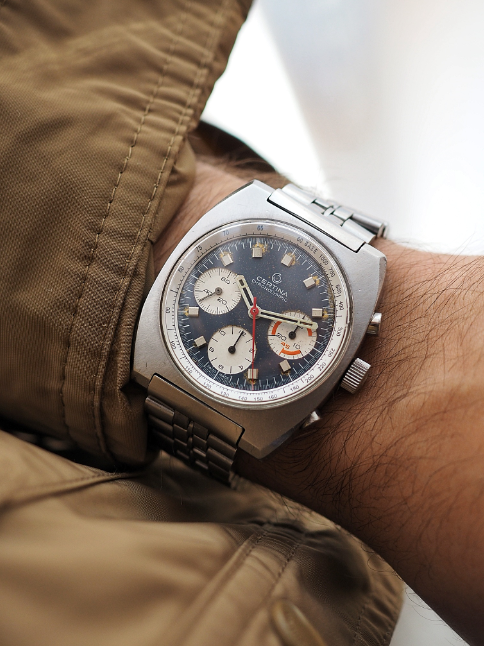 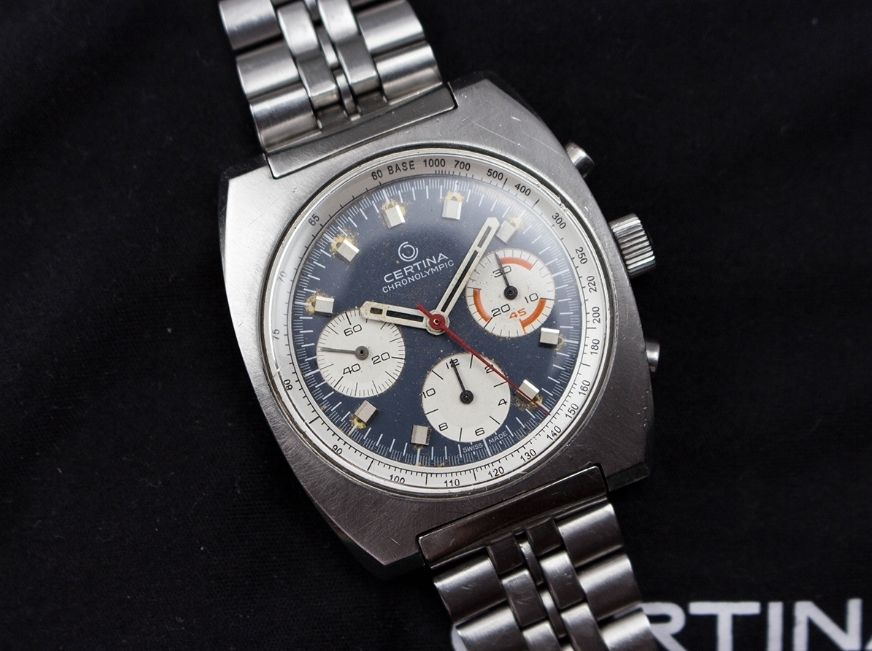 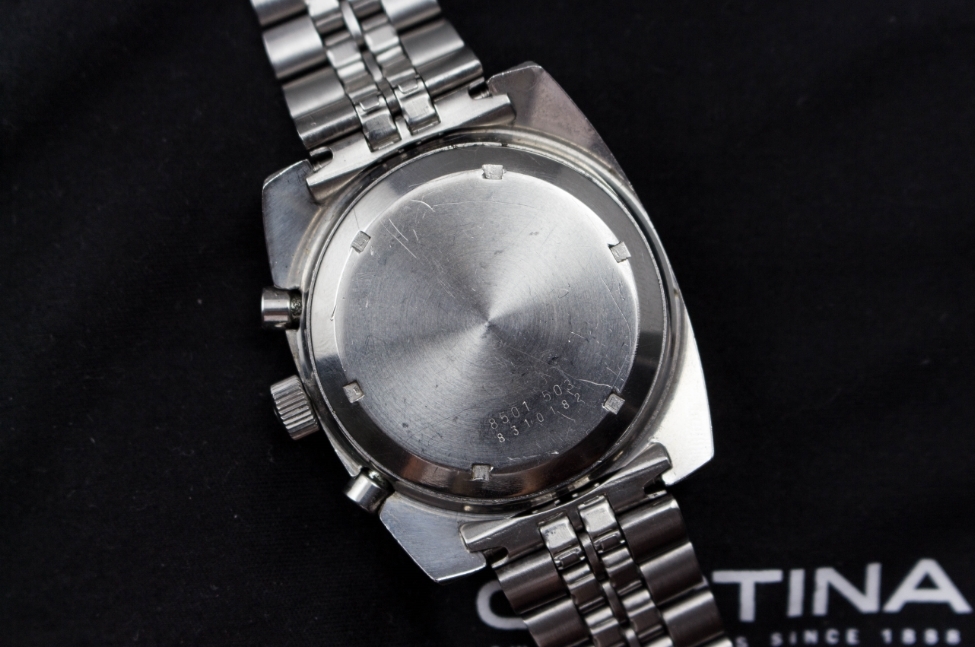 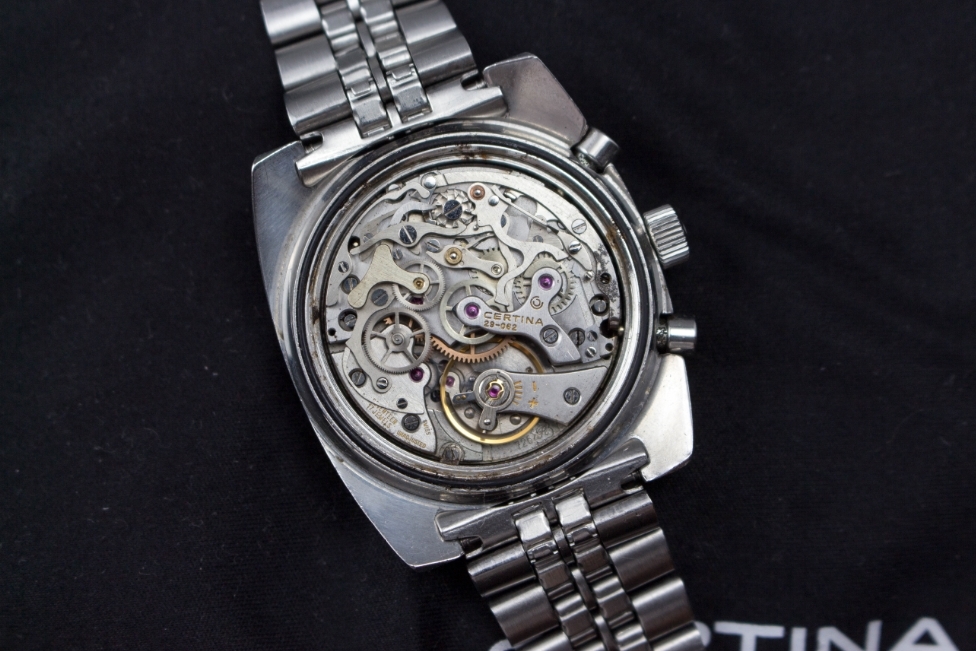 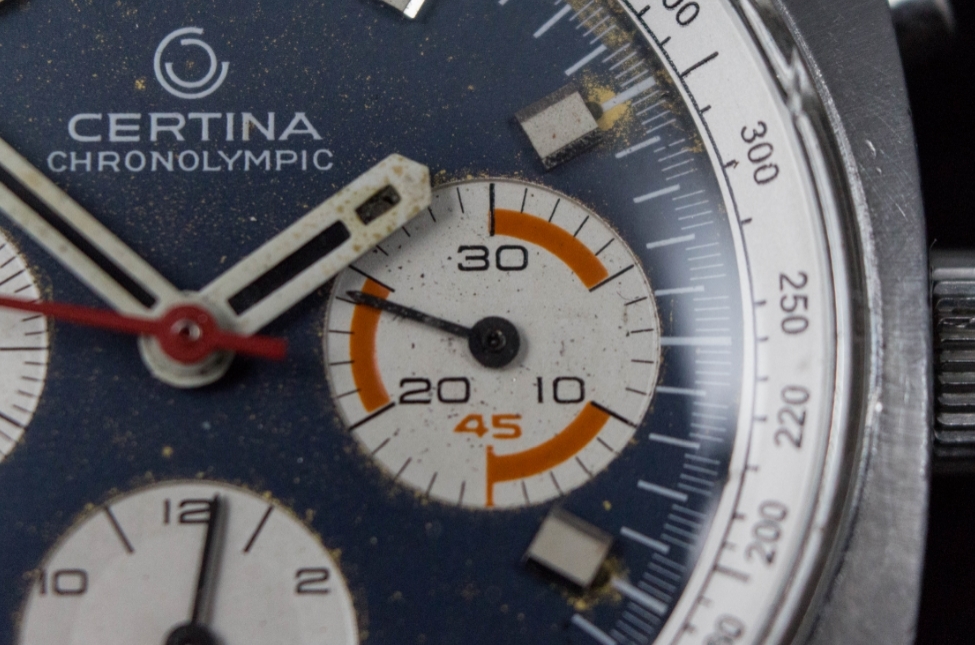