This is the Speedmaster "1957 TRILOGY" Limited Edition.

The story behind this Speedmaster 1957 Trilogy watch is how Omega made the case.
They essentially did a 3D scan of the original Speedmaster watch based on pieces the brand has at the Omega museum across the street from the manufacture in Bienne.
This Speedmaster "60Th Anniversary" is much more than another limited edition from Omega.
The brand wanted to make something special for the 60th Anniversary of its iconic chronograph, and indeed it has.
The proportions and design match those of the first model launched in 1957, the reference CK2915-1, exactly. And mean exactly.

The design of the reference CK2915-1 started it all, and announced what is arguably the most famous chronograph of all time.

It starts with the case, which is the same hefty 38mm case with straight lugs as the original, not the 42mm with lyre lugs that eventually appeared. Similarly, the tachymeter bezel is etched in the very same way as the original, up to the accent on the French word tachymètre.

The same focus on the dial yields the same results, even down to a little faux tropicalization to make the piece look older;

Obviously, the broad arrow hands are there (as they were on the previously released Speedmaster '57), but things go deeper than that. The applied Omega logo has been brought back, and it even seems that Omega Speedmaster signature is in the original font!

The movement is not the original caliber 321 (can you imagine how insane it would be?) but the modern evolution, the chronograph caliber 1861. The bracelet offers the same look and construction, but I would bet that it is slightly thicker and probably a little sturdier too. And, of course, the original radium lume has been replaced with SuperLuminova that replicates the color. Finally, the "Swiss Made" is now above the seconds, track while it used to be below.

PRICE : €6.250 or best near offer (including shipment Fedex)

LOCATION : Watch and me are located at Porto - Portugal

Thanks for viewing and Chronotrader for this space 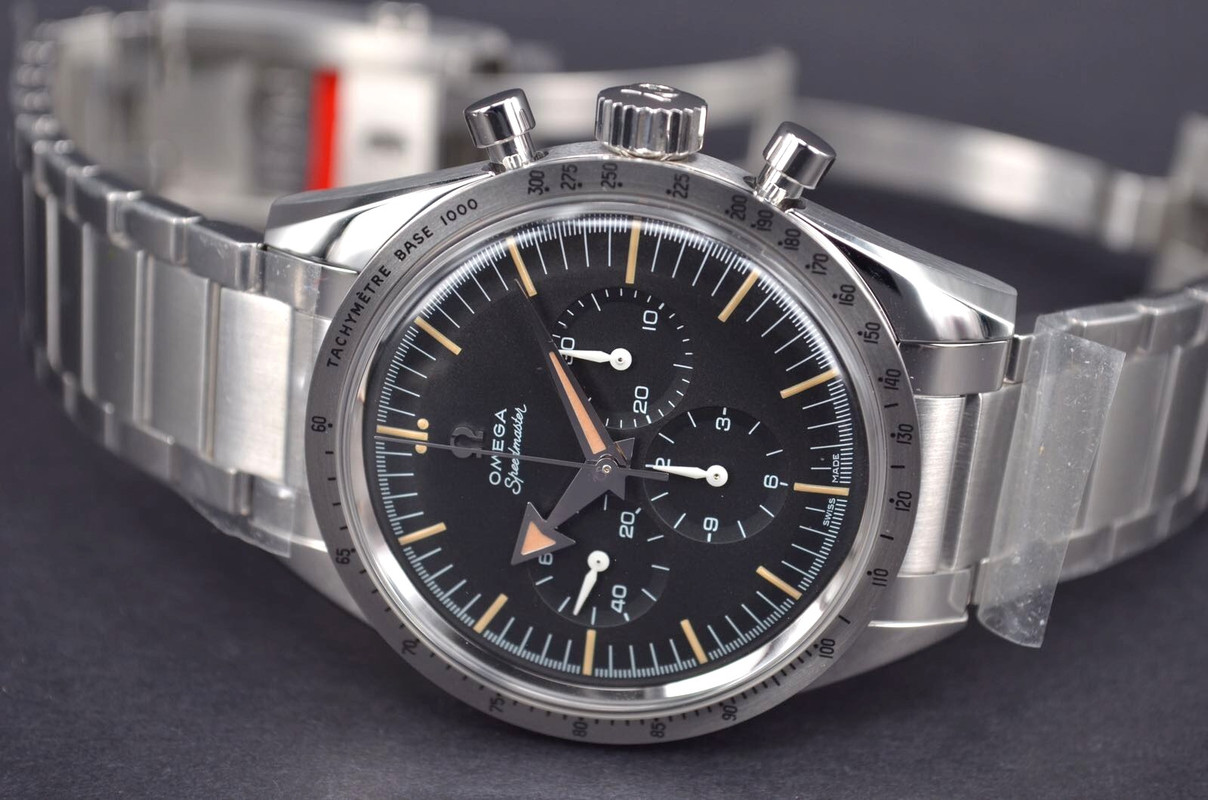 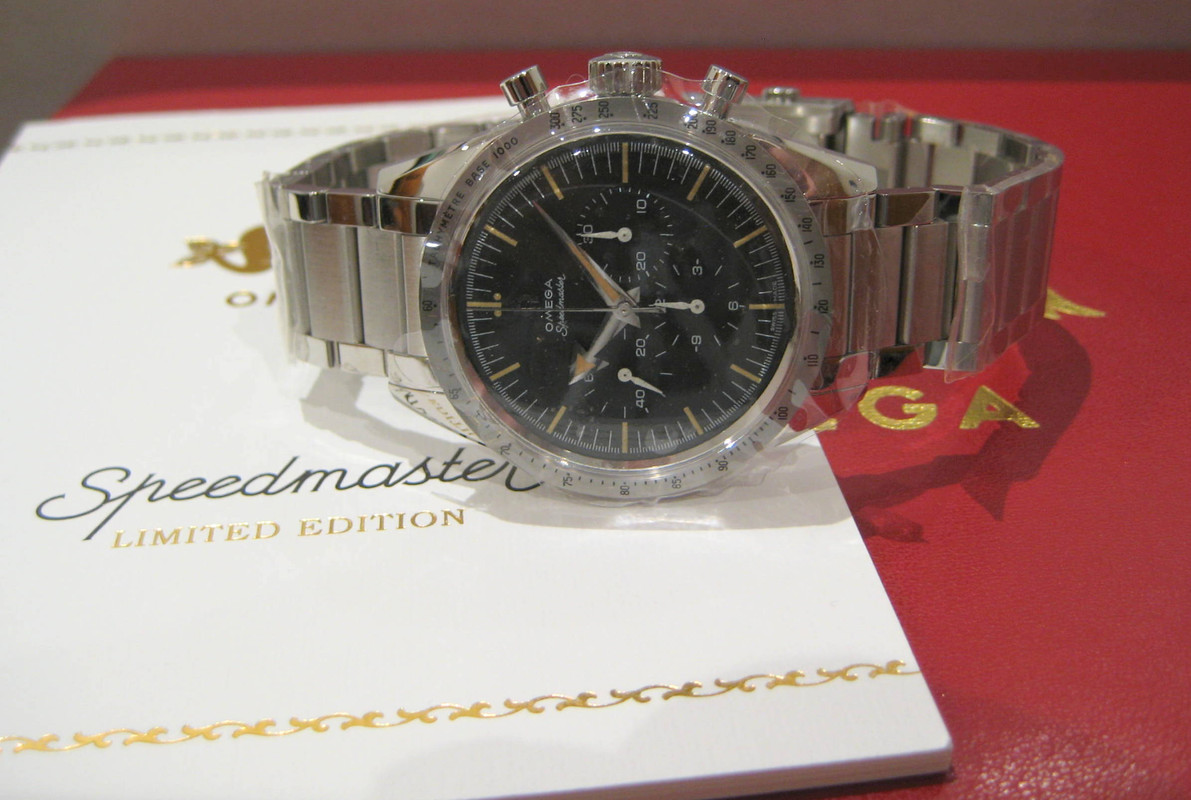 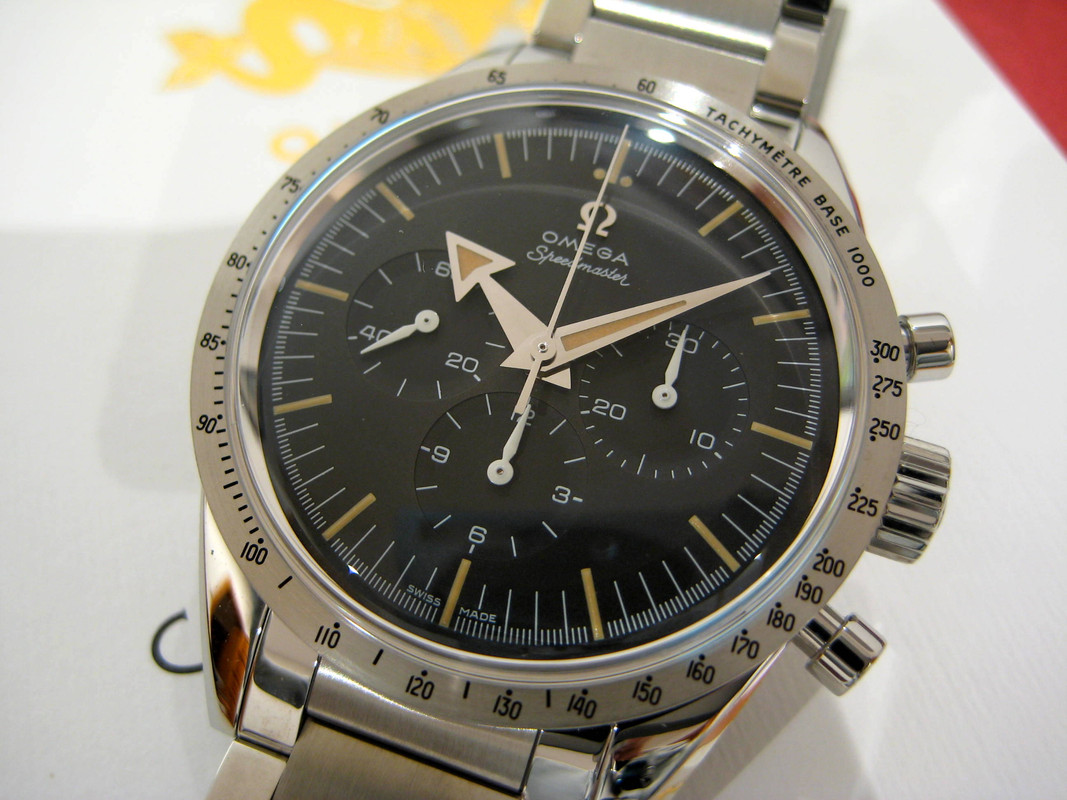 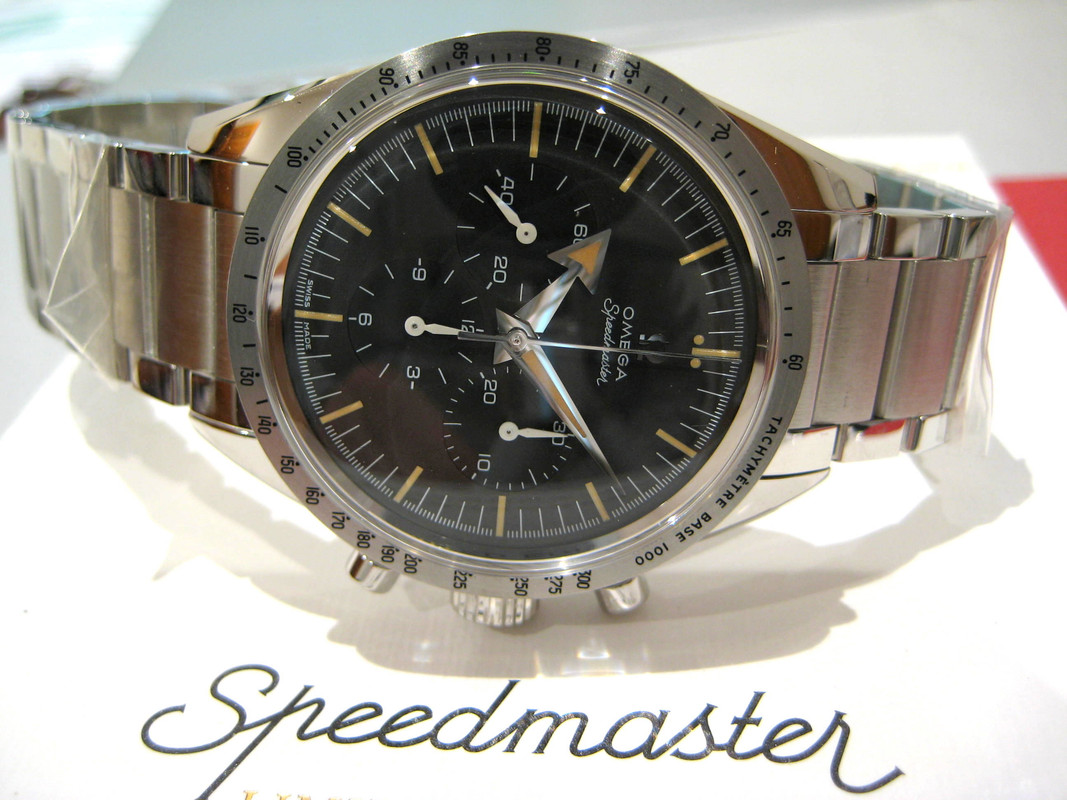 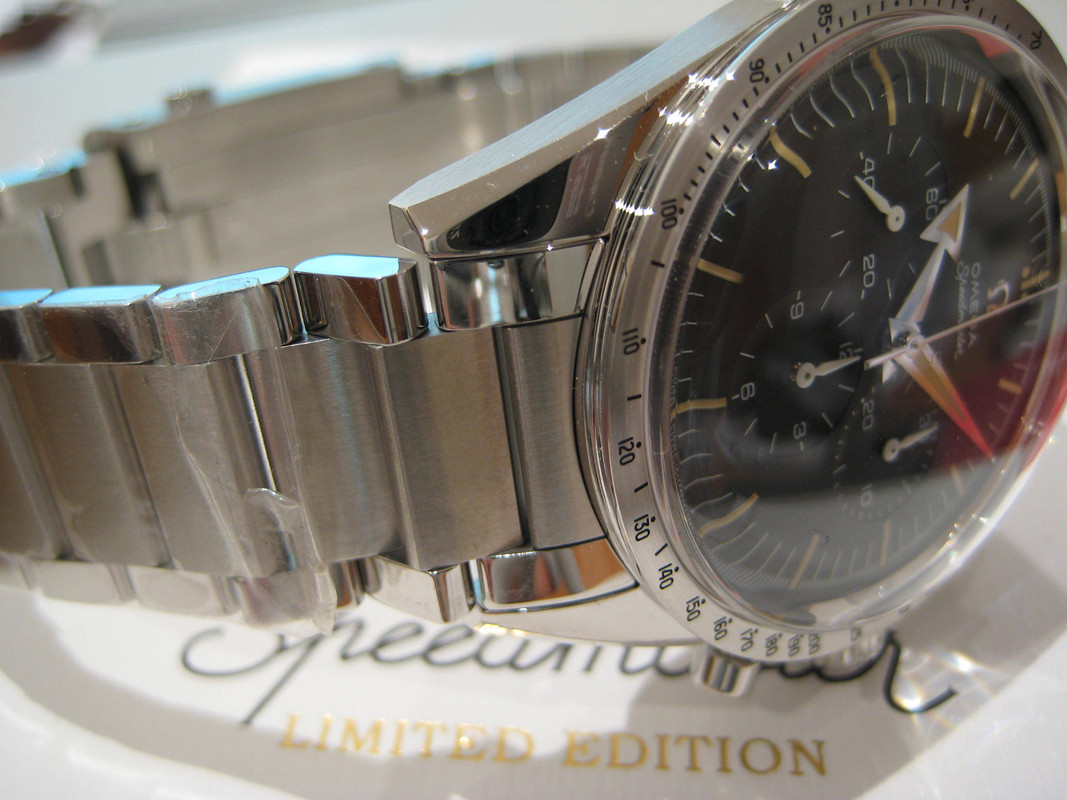 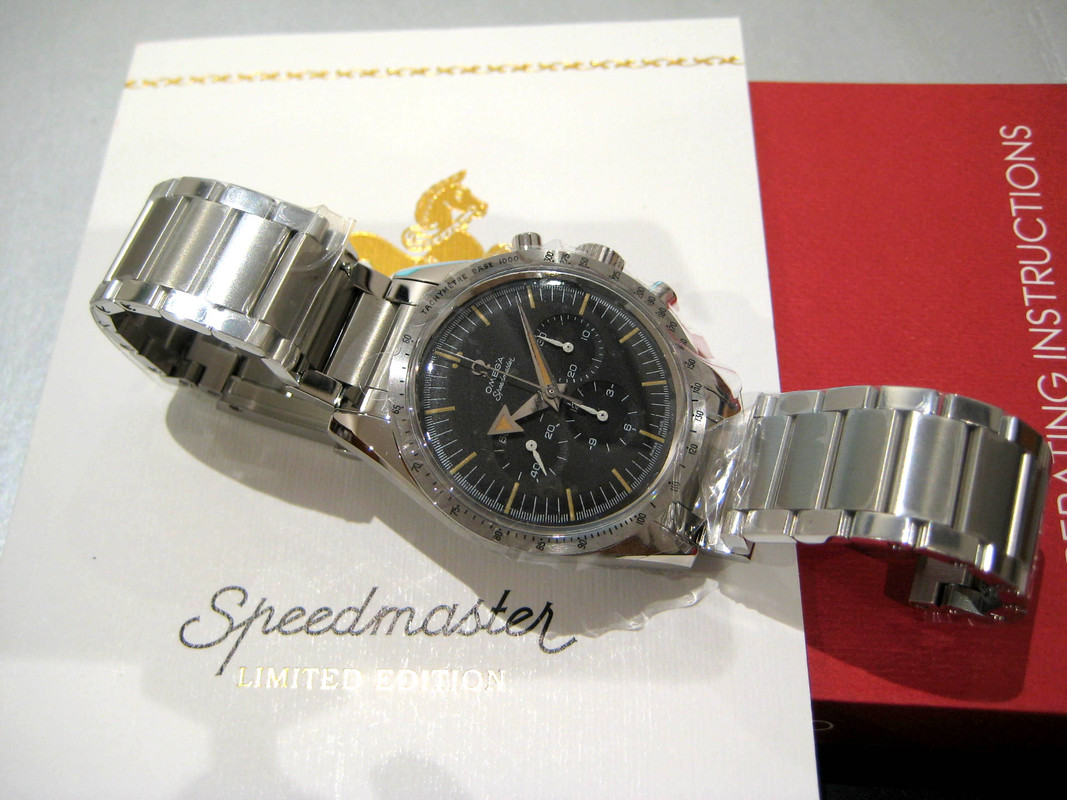 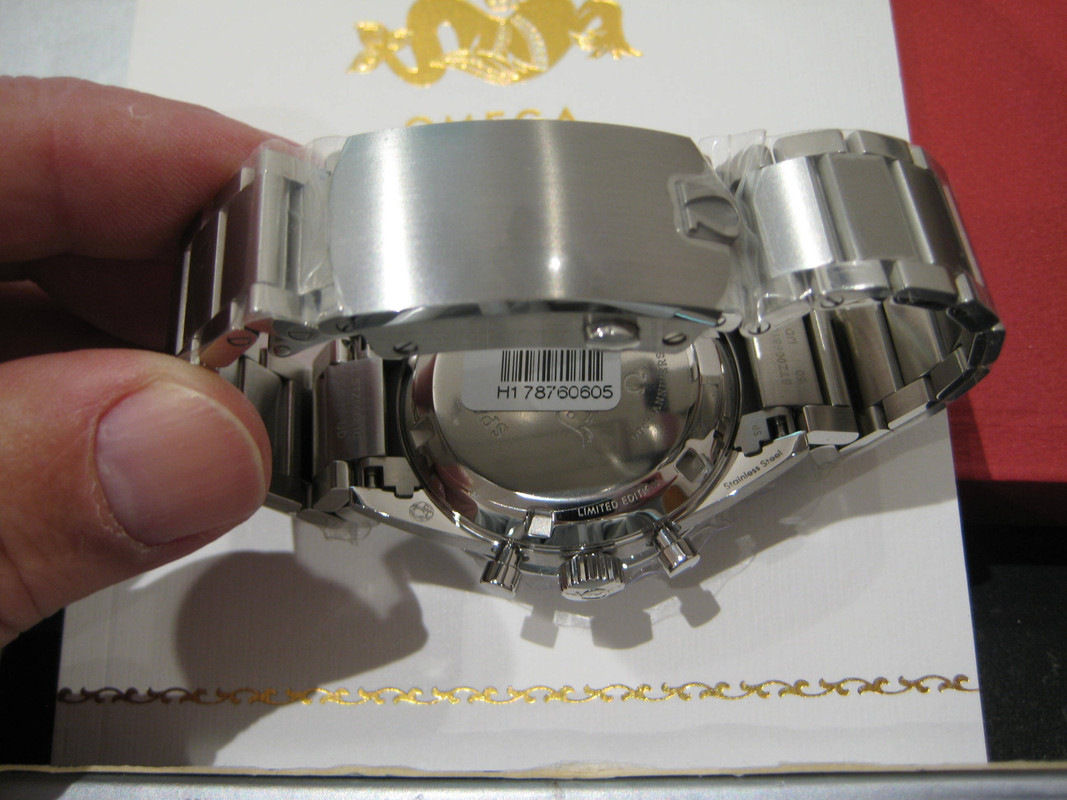 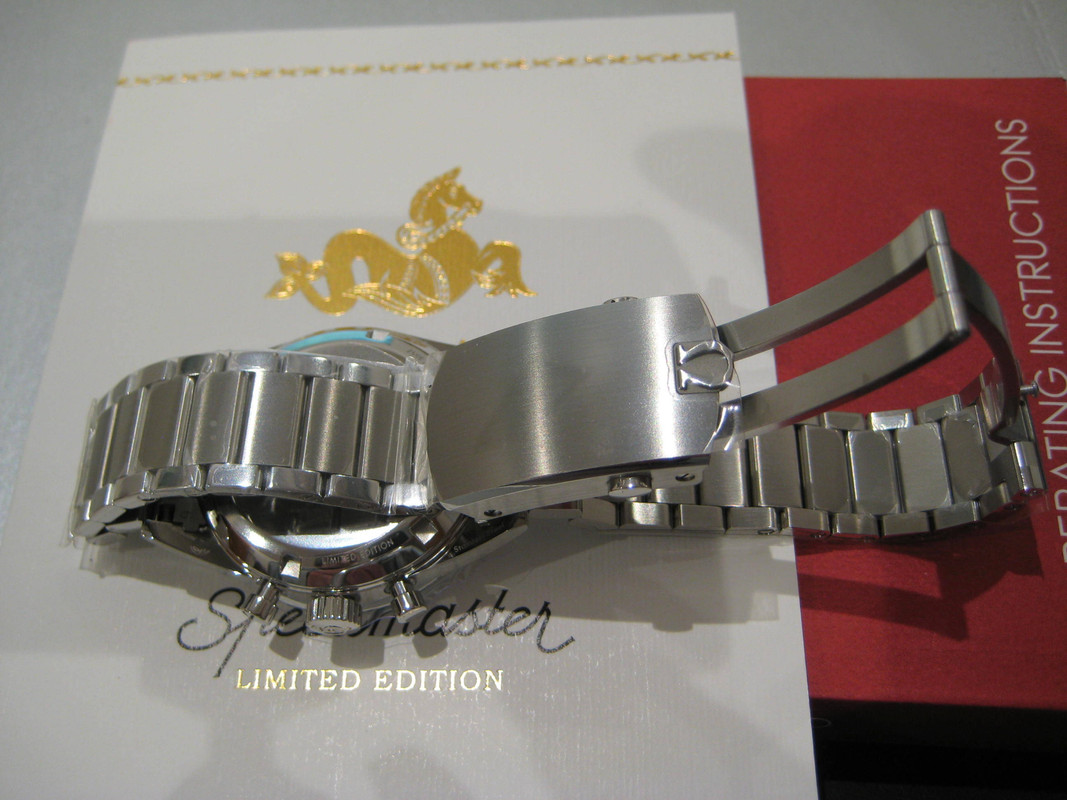 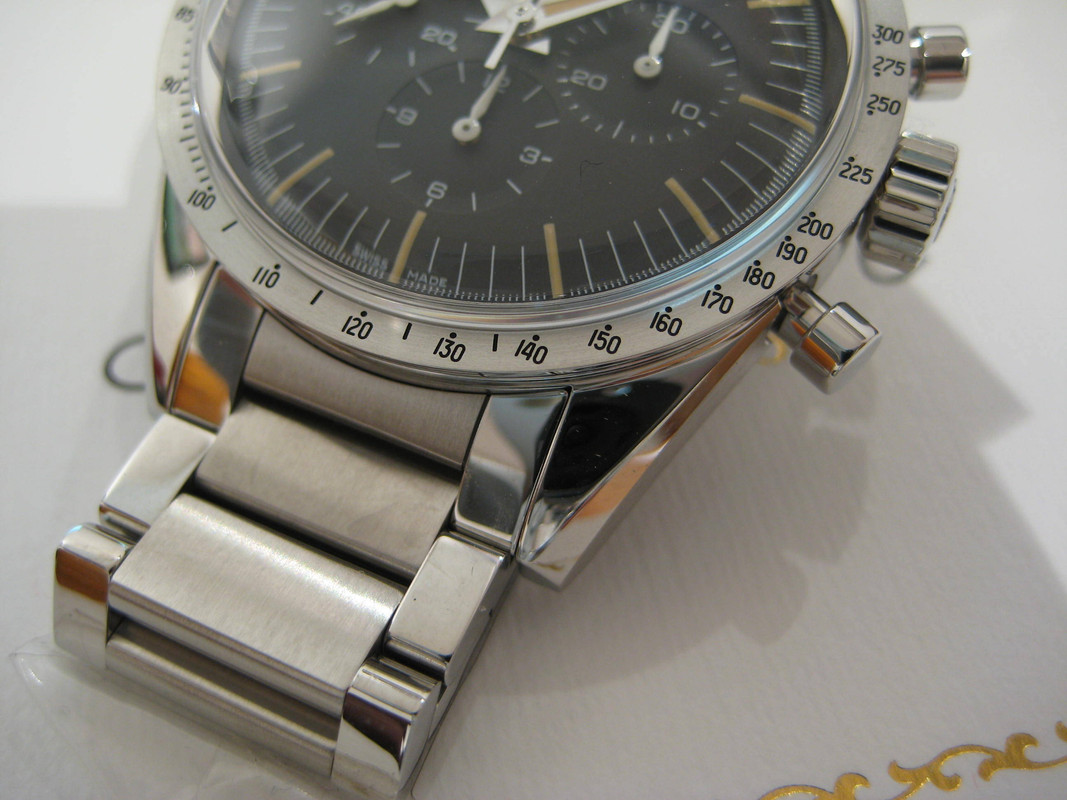 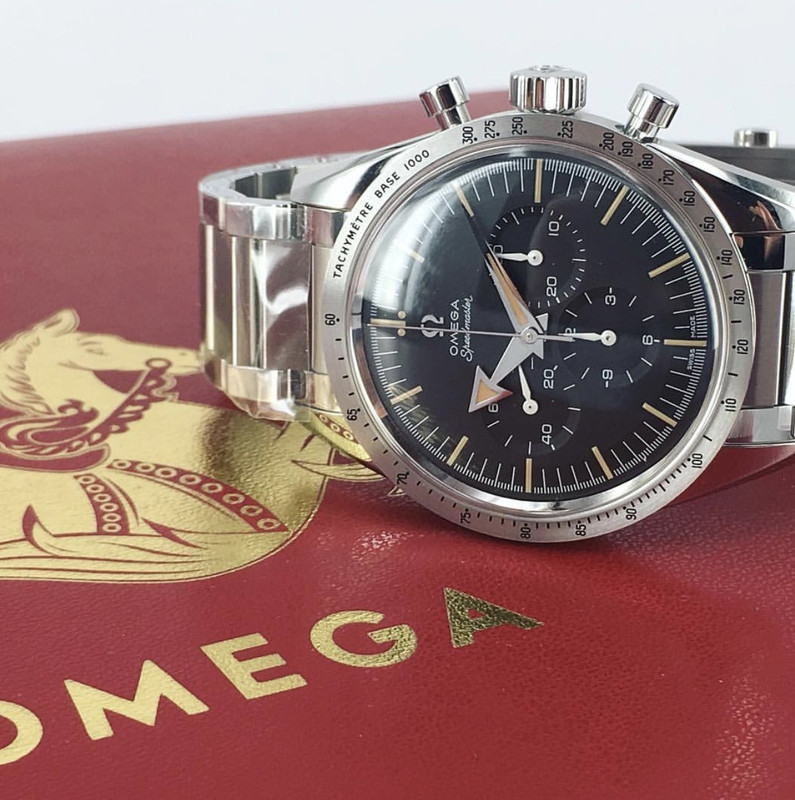 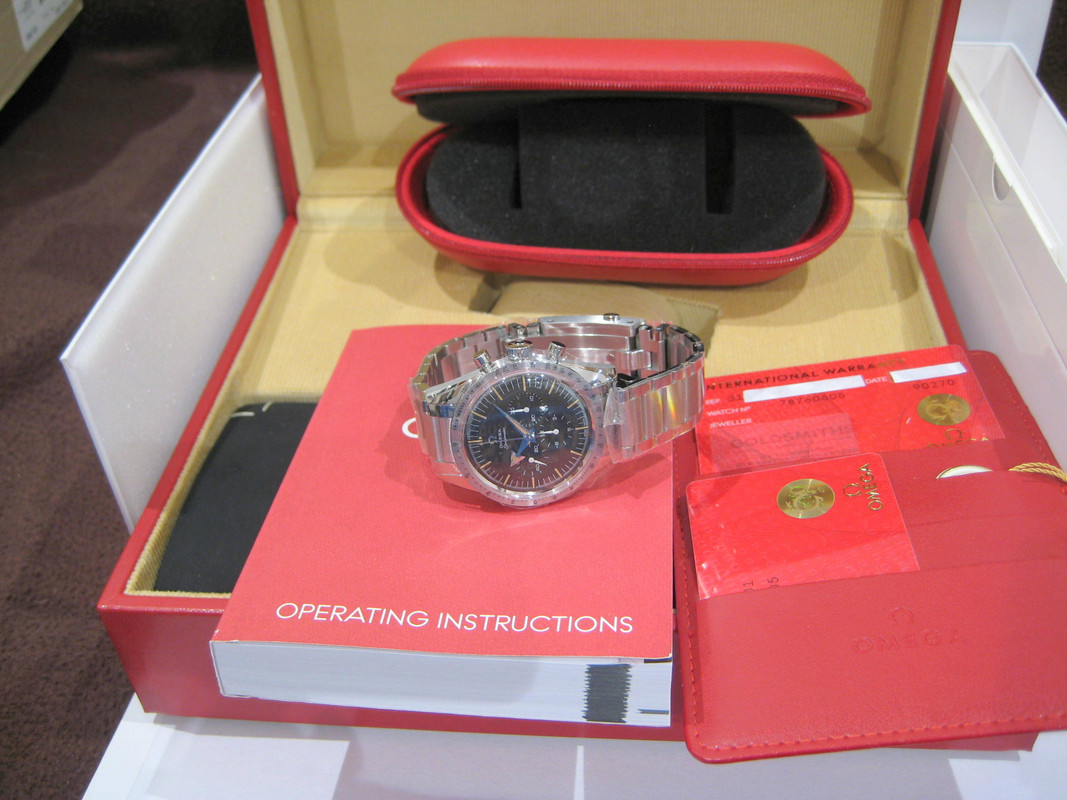 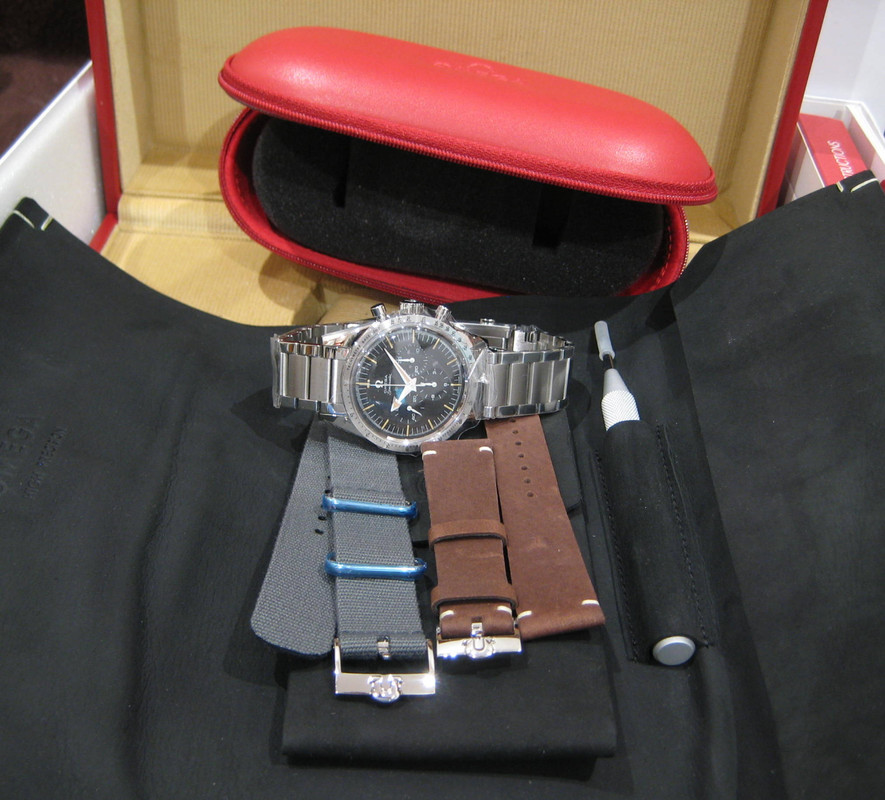 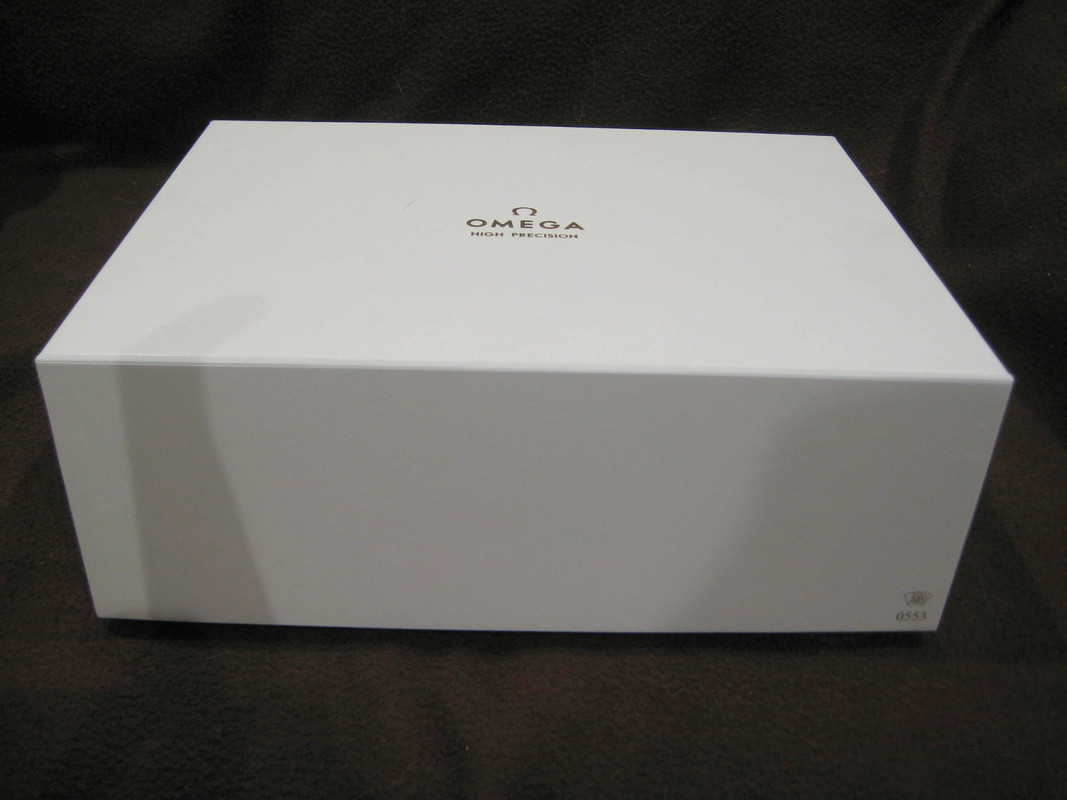 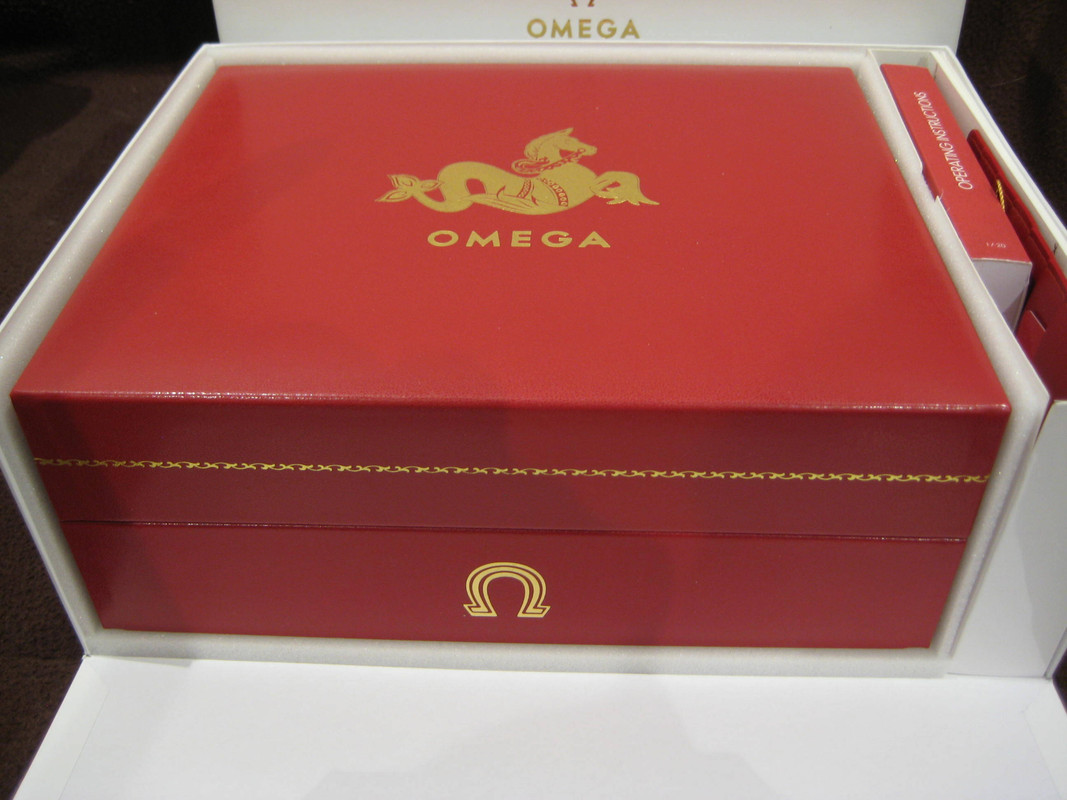 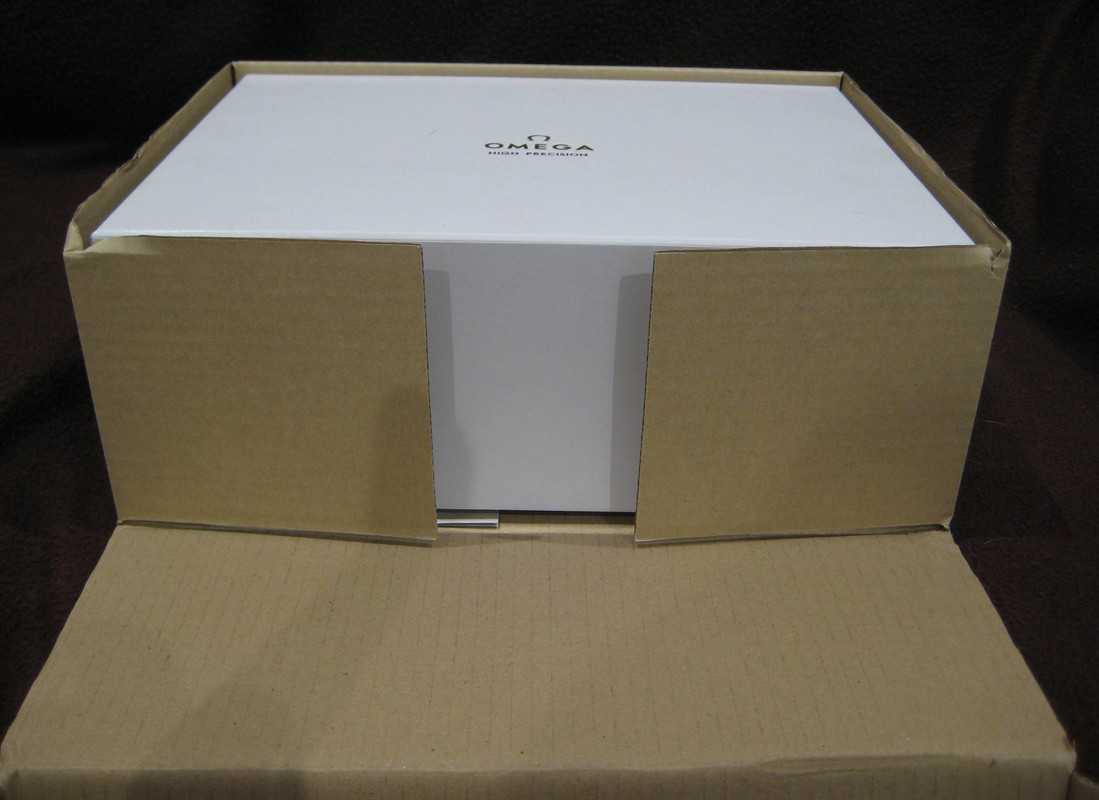