Selling this nearly perfect DON bezel for the Omega Speedmaster Professional. It came on a model that some say can carry the DON, but are usually seen with DNN bezels (a very nice example of which I already had) so I think I'm best off letting this one go. My plans do not currently include buying another pre-moon Speedmaster at the moment so it's just sitting safely. 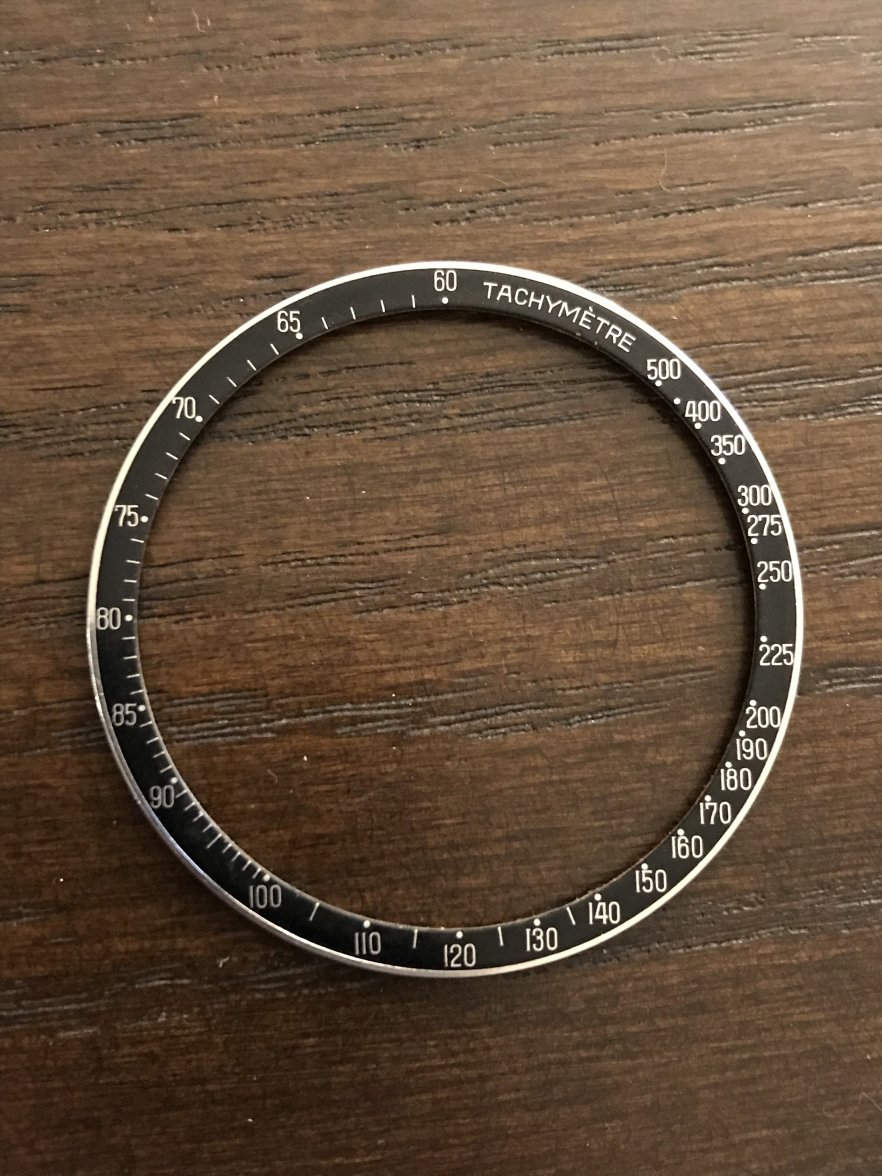 I'm glad to take more photos upon request! You can reach me via email, via Instagram, or on other forums under the same username.

Asking $3,500 including express insured shipping worldwide. I'm located in the San Francisco Bay Area and can meet locally as well.