While Heuer is widely recognized for its models from the 1960s and 1970s such as the Autavia, Carrera, and Monaco, some of the earlier models from the 1940s and 1950s are actually my favorites and in my view remain relative under-appreciated in the world of vintage watches. The case remains unpolished and I believe the crown and pushers are original to the watch. This watch, based on the engraving on the back, came from Lyle G. Trorey of Vancouver, British Columbia and he purchased it in 1940. Trorey was named a Member of the British Empire (M.B.E.) and has a B.Sc. (Lond.), Ph.D. (Lond.), M.E.I.C., A.R.P.S., P.Eng., and was a Member of the Canadian Institute of Forestry and Member of the American Society Photogrammetry. He wrote a book called the Handbook of Aerial Mapping and Photogrammetry published the University Press of Cambridge in England. Overall, it is extremely difficult to find a watch like this today, let alone with this provenance.

This watch has a manual-wind movement (Caliber 13 made by Landeron), is 35mm in diameter, and was recently serviced. Price: $6,900 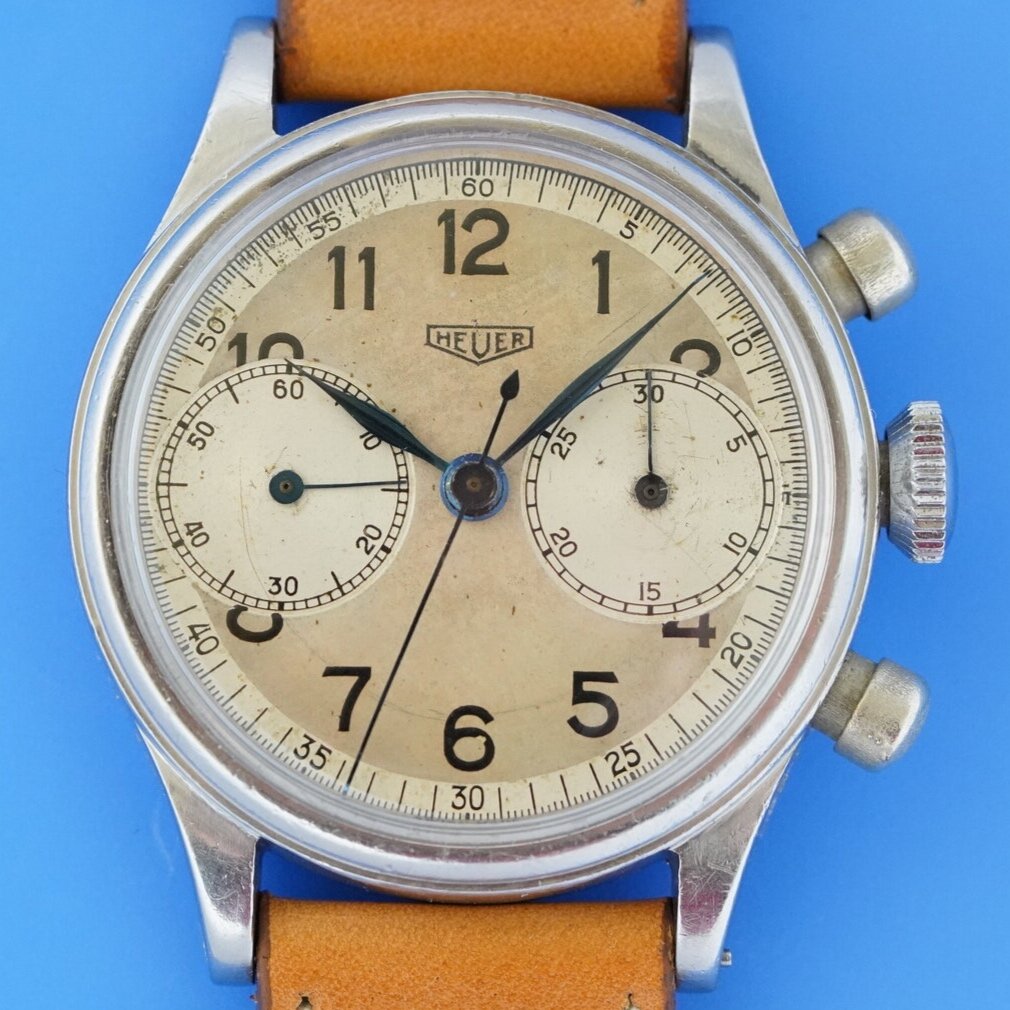 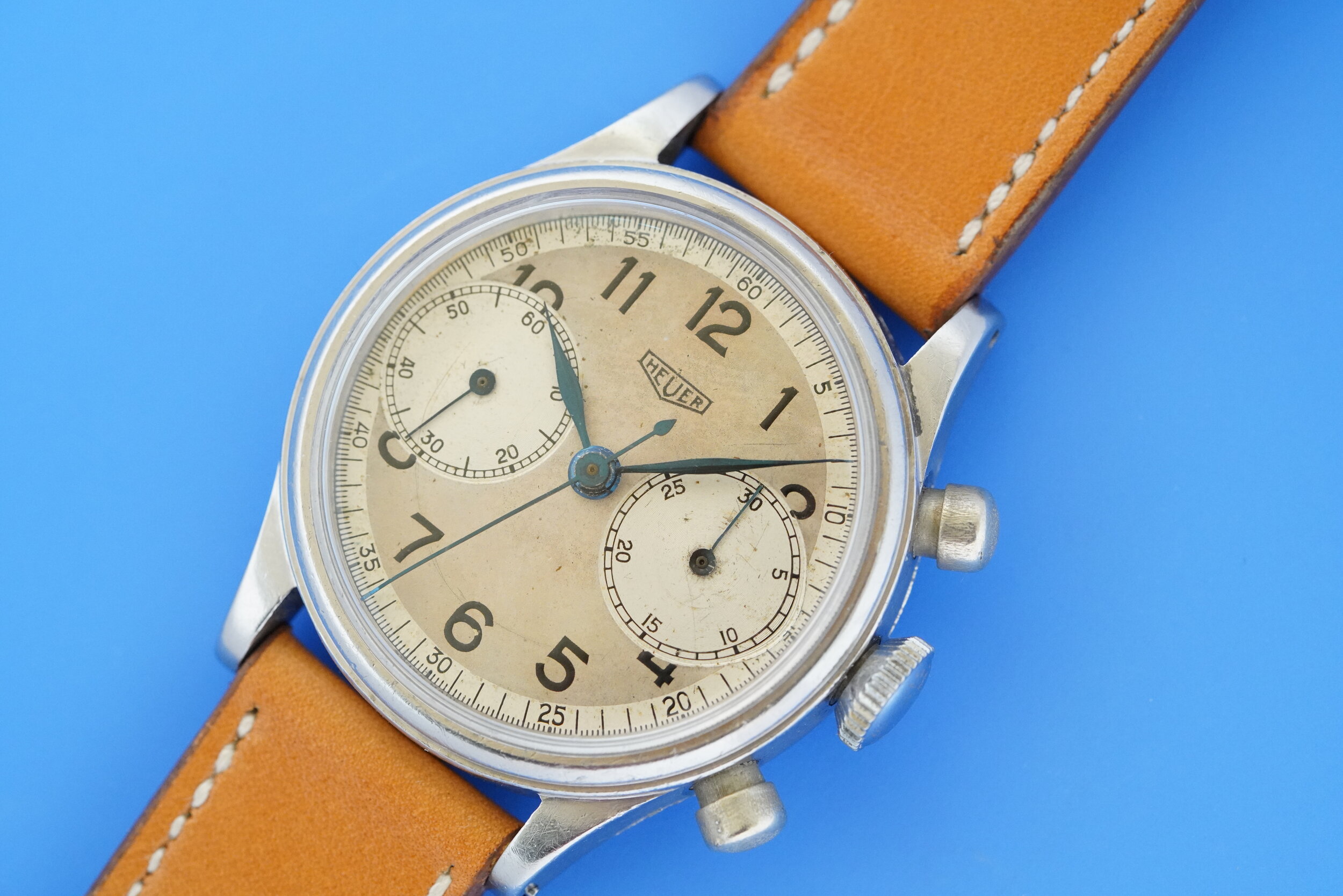 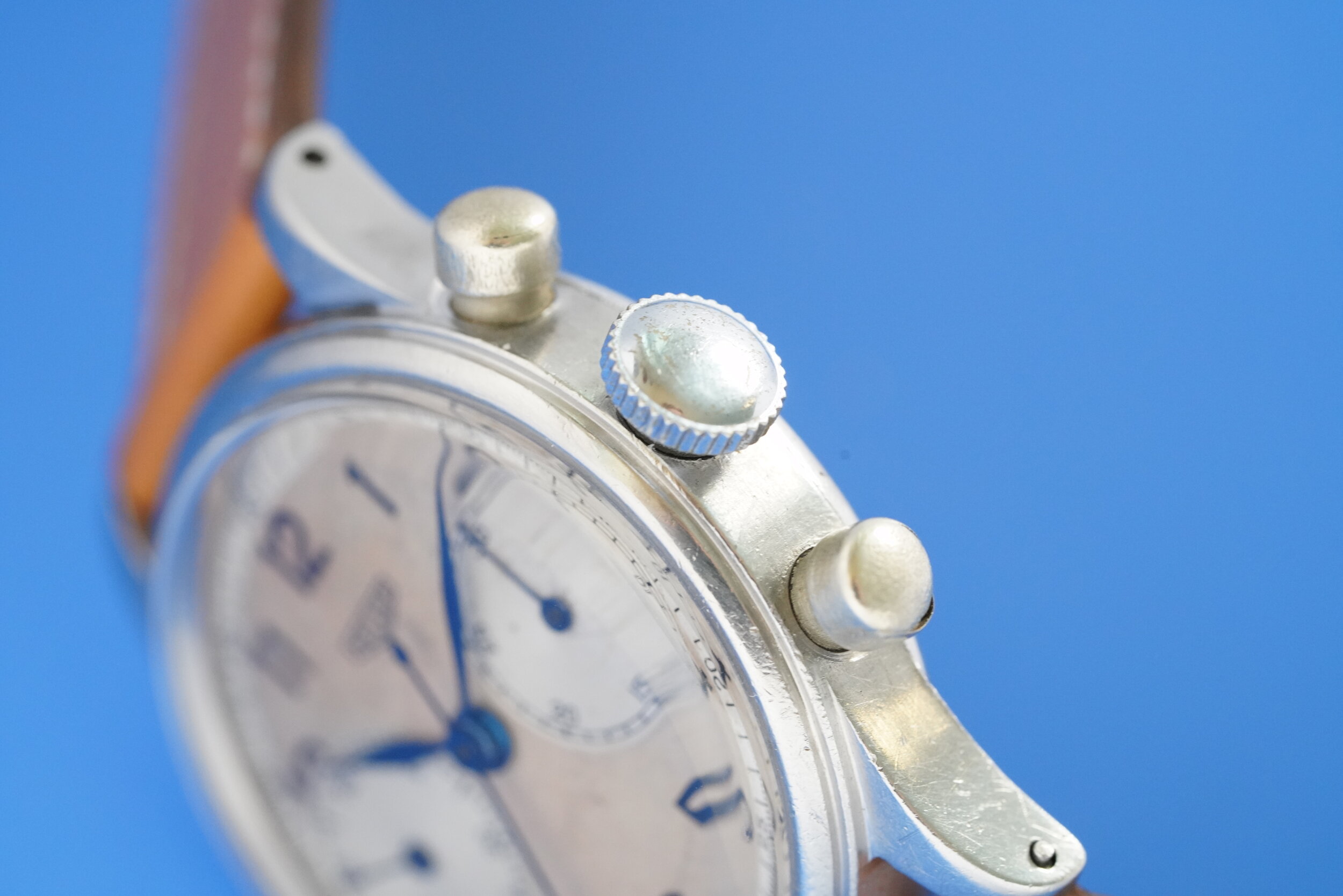 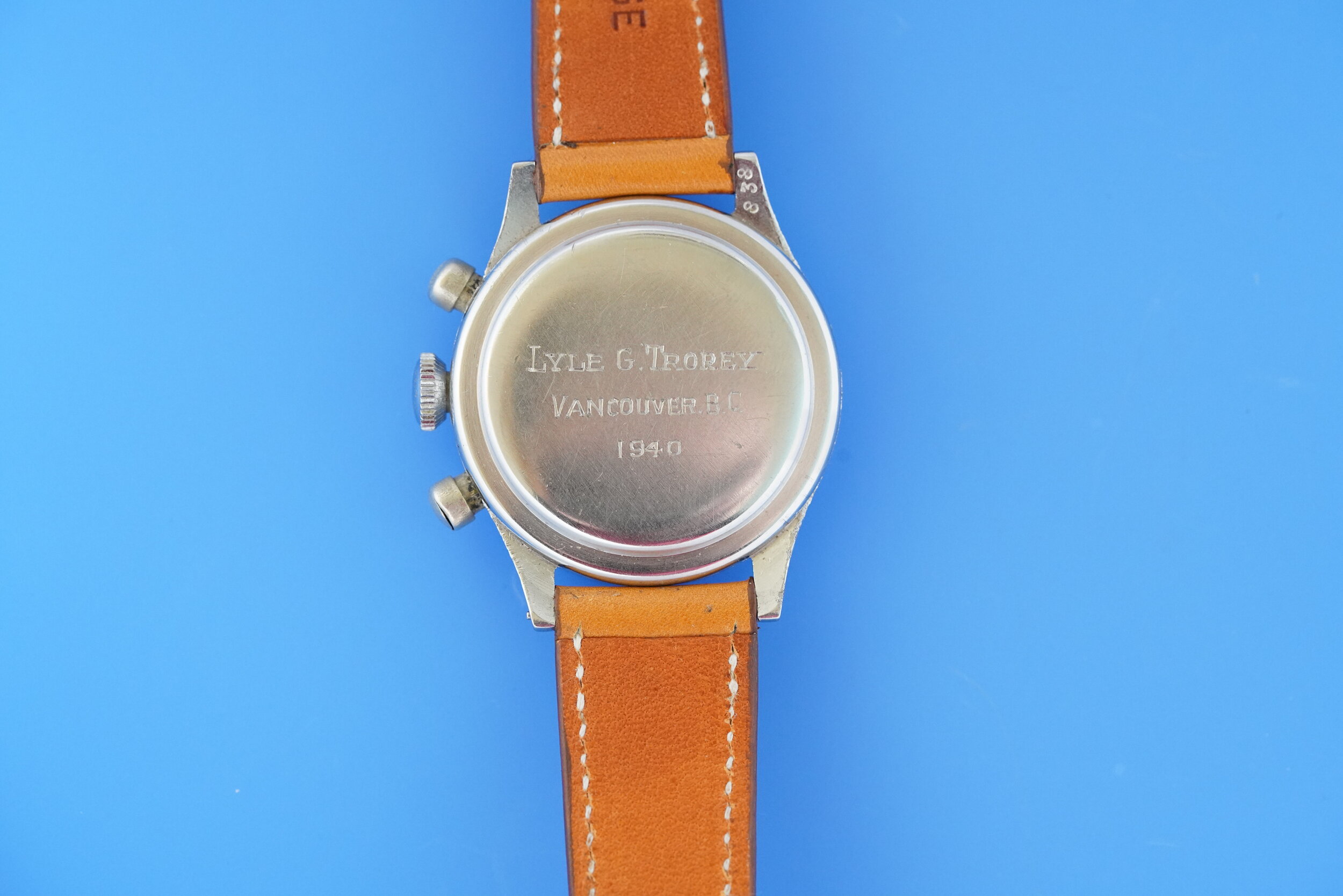