This Lemania cal.2220 series 2 mono-pusher chronograph was issued to the South African Air Force from the late 50's until the mid 60's and preceded the much collected later models 5012 and 1872.

This example is in fully working order with condition commensurate of a 60+ year old military watch (service history unknown). I personally would always be wary of a military watch in a super clean condition.
The caseback has the service issue number engraved on it and this is identical in style to the known correct examples out there.

In many years of collecting military watches I have come across very few of these SAAF chronographs. Of the ones I have seen listed and sold many are incorrect.
I am happy that this watch is correct and bears the same features as the few known and recorded examples.

The asking price for this watch is £5000 head only (including shipping and insurance within EU countries and UK) which when compared to the figures that the later 5012's and 1872's fetch and the standard UK issued Lemanias is an absolute bargain for such a rare watch.

I very much doubt you will see another one of these again soon - don't miss it! 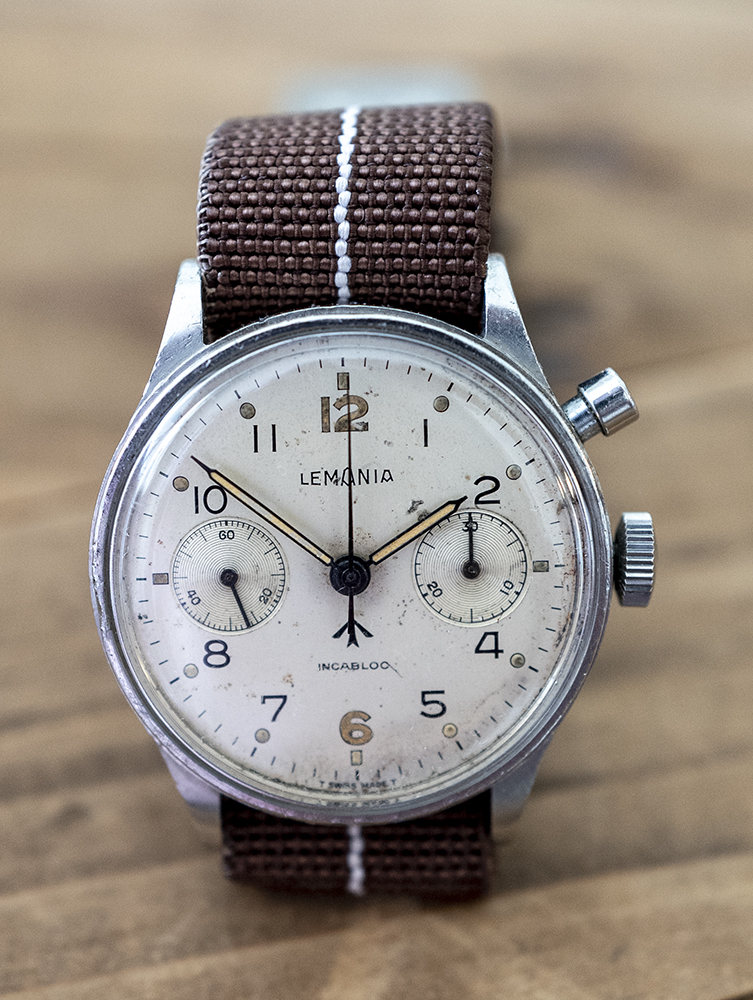