Forgot your Password? RSS
Return to Index Read Responses
. . . and the "Condition Report" Only Makes It Worse
In Response To: Pitiful Work by Bonhams ()

And for the prospective bidders who are interested enough to request the so-called "Condition Report", Bonhams provides the following regarding the hands -- "Later hands; some aging".

This is somewhere between a joke and intentional deceit (which is also called "fraud"). These hands are not simply "later"; these hands were not used by Heuer for this model Autavia or -- to my knowledge -- any other watch. Most likely, they are from a Breitling, also powered by a Cal 11 / Cal 12 movement. Yes, we see the occasional Autavia or Carrera, where the hands have been "updated" during servicing or restoration, but switching the Autavia hands for bright orange hands from a Breitling is a different matter, at least to most collectors.

I am not sure why Bonhams, or any other reputable auction house, would offer this watch for sale. But if they were to decide to sell the watch, the incorrect hands should be called out clearly, in the main listing. It makes no sense for the prospective bidder to go through the steps of obtaining a Condition Report, and then receive this information -- "Later hands; some aging".

To my way of thinking, whatever financial benefit Bonhams receives from selling this watch is lost with the damage to the firm's reputation that results from this listing.

: Once again, we see an auction house showing either ignorance
: (laziness?) or deceit. Truly pitiful.

: I mean, how many minutes of work would it take to see that these
: hands are not correct? Perhaps these hands are from a Breitling,
: that also used the Cal 11 / 12 movement.

: In terms of the Heuers, Bonhams used to offer some nice watches and
: have some real expertise, but in recent years they seem to have
: be selling just about anything, regardless of quality or
: authenticity. Sad and not good for anyone. 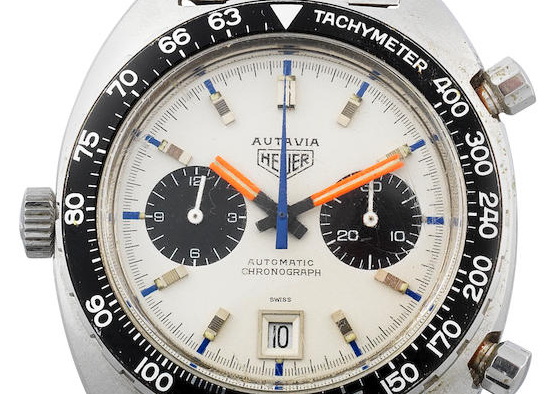 . . . and the "Condition Report" Only Makes It Worse

I just wonder, no interest to lose time with this