Here is an advertisement for the Heuer "Chess Champion" . . . 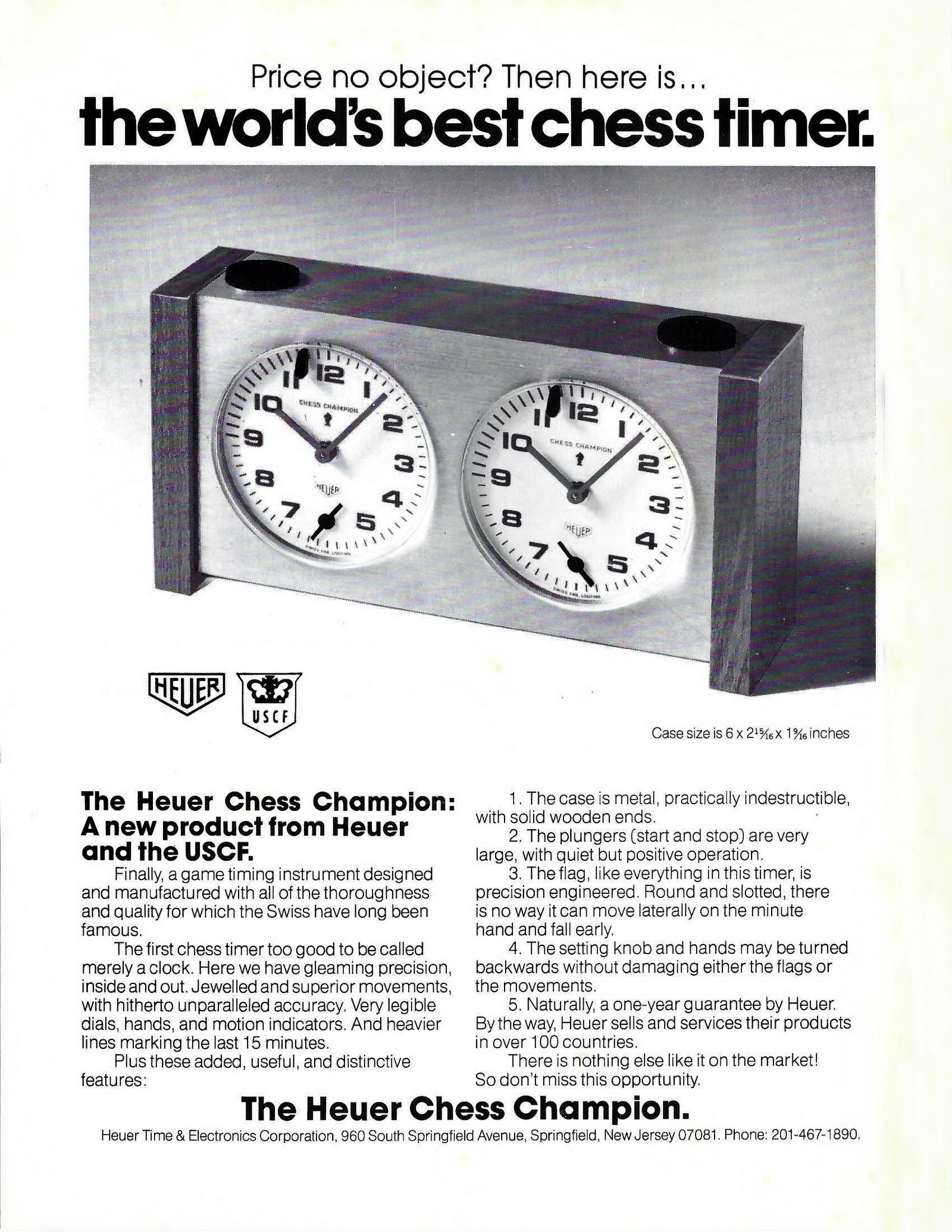 : Here's a nice posting by Jack Forster, on Hodinkee, about chess
: and chess clocks --
: https://www.hodinkee.com/articles/queens-gambit-netflix-chess-clocks

: The Netflix series, The Queen's Gambit, has created enormous
: interest in chess, and chess clocks, as well.

: As with so many other types of sports timing, Heuer seems to have
: held a dominant position in the market, in the 1960s. 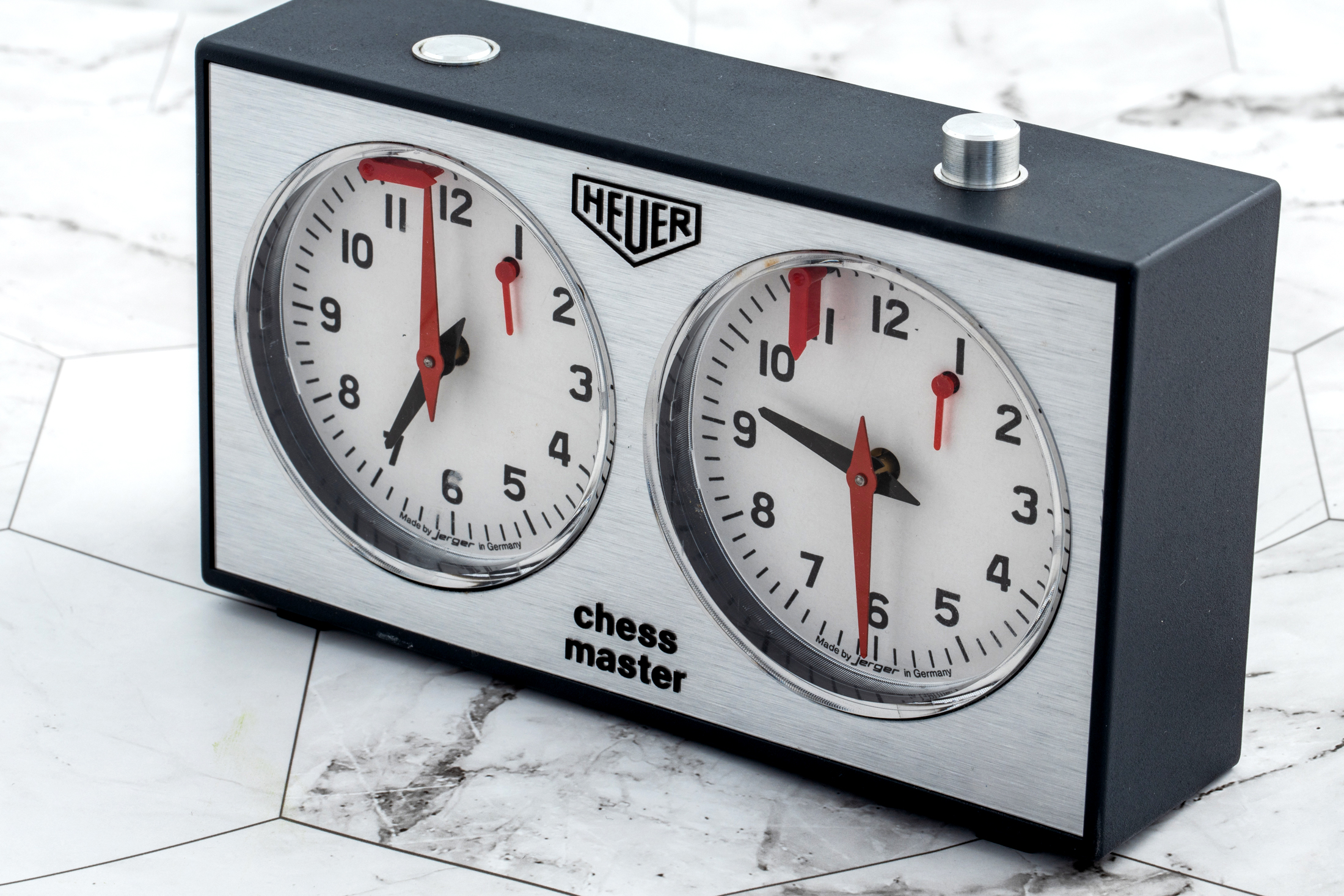