I am very happy to have purchased my 980.033. It is much more accurate than my Carrera.

: Anyone else here into the Heuer and TAG Heuer quartz dive
: watches?

: Heuer began to focus on dive watches in the late 1970s and by 1983
: offered dozens of models of quartz dive watches. Heuer (and TAG
: Heuer) offered an amazing variety of colors and styles, with
: most models available in four sizes – small / ladies (28 mm);
: mid-size (32 mm); full-size / mens (38 mm) and jumbo (42 mm).
: The quartz dive watches continued to dominate the TAG Heuer
: catalogs into the 1990s, often being credited with carrying the
: brand when making mechanical chronographs was a difficult
: business.

: The Heuer and TAG Heuer quartz dive watches are great for
: collectors -– abundant in the market, relatively inexpensive
: and reliable. The Series 1500 watch (bottom center) has been
: accurate to within one second per month for the last year.

: Anyone else "collecting" these? 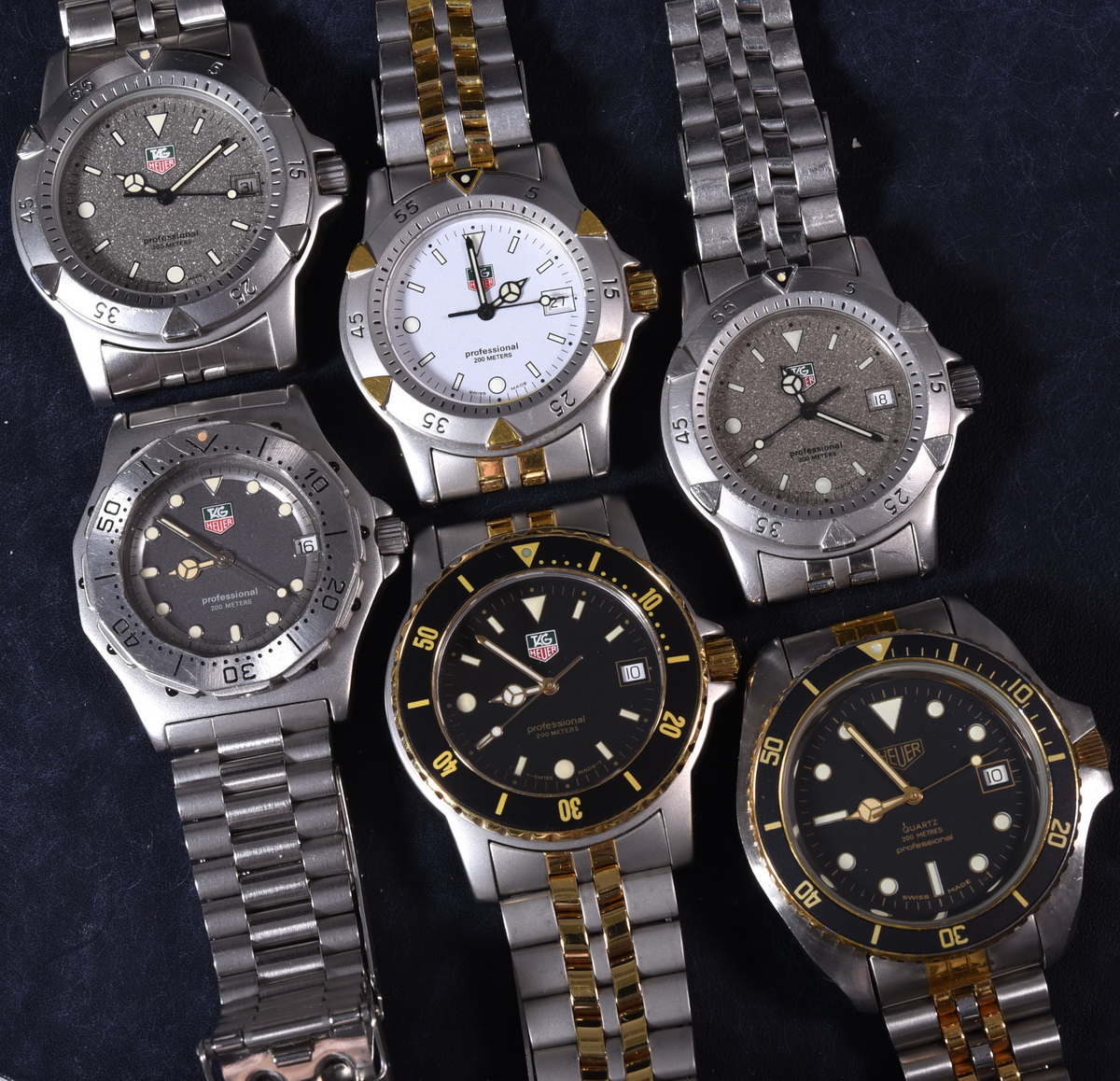