: Here is a picture of the caseback of my semikrograph. The mark is
: M.P.W. 2438. Unfortunately, I have no clue about the reference
: or the meaning. Enjoy yours. 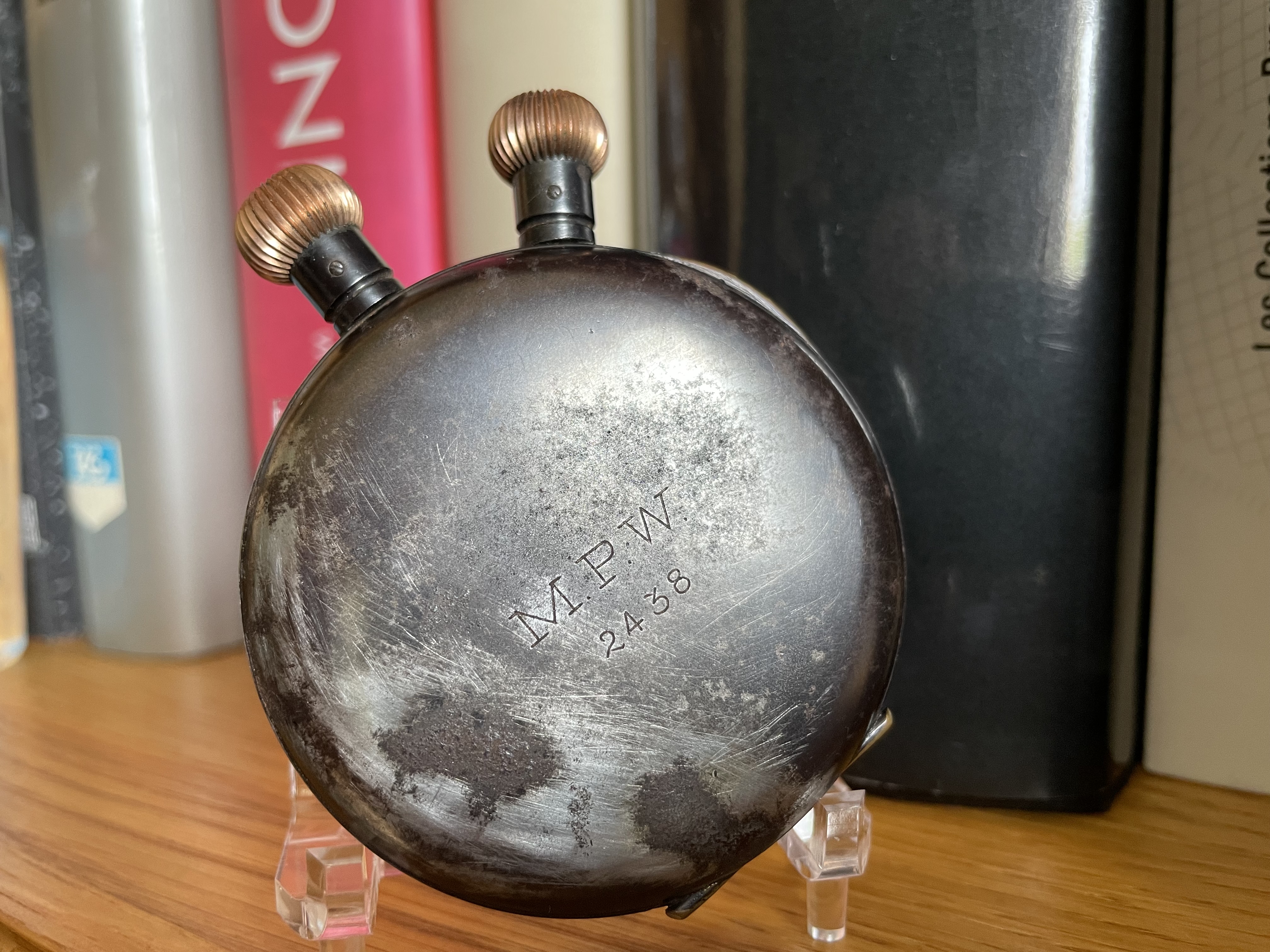 thank you for your input Jean-Pierre & Jeff it's most helpful. Looking at the similar style of the engraving (particularly the style of the number 2) on all these watches makes me think that they may have been supplied to a single organisation, though it there's the possibility that the stopwatch supplier had them engraved for 2 different organisations by the same engraver of course. A good dig around re the E&M acronym (presuming it is an acronym) turned up a reference to E and M signalling, which Wiki describes as "is a type of supervisory line signaling that uses DC signals on separate leads, called the "E" lead and "M" lead, traditionally used in the telecommunications industry between telephone switches". Frankly the application of this is a bit above my pay grade but an element of timing is involved and, I presume, that timing would be of a short duration which these watches would be suitable for. The system was developed by Bell Labs in the 1920s. That would be a company existent at the time of these watches manufacture and off sufficient size to need the number of timers we've seen. So far I've not been able to turn up anything to do with M.P.W. and telecommunications so at a bit of a dead end there. In the 1920s there seems to have been an M.P.W. Inst. that shows up on people's qualifications after their name, but I wave yet to uncover what that refers to and it seems unlikely that an educational/qualifications institute would have need of so many Semikrographs. Am away at the moment but when back I'm continuing work on the next book so will shoot the Semikrograph at the same time.