Here is a chronograph (currently listed on ebay) assembled from parts of three different Heuers, representing the best of the 1950's, 60's and 70's. 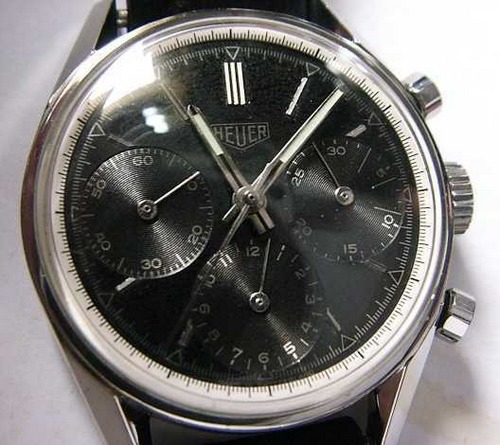 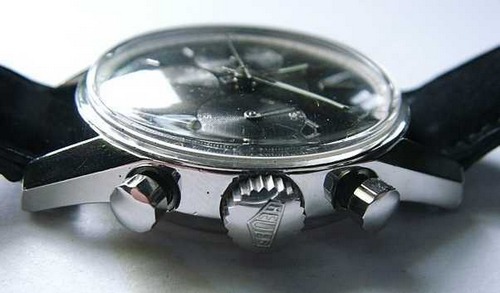 It is a shame that these "Franken-Heuers" seem to be coming onto the market with such frequency; perhaps this is the price of success -- as the values have increased, the urge to manufacture and sell these "fakes" also increases.

Let the buyer beware . . . and prospective buyers should also keep an eye on this Discussion Forum and post photos of anything that looks suspicious.