I believe that you are referring to the Reference 2547, triple calendar chronograph, from the 1940s.

This model was the waterproof version of the Reference 2543 triple calendar chronograph, with the screw-back case instead of the snap-back, and the round pushers used instead of the square ones.

Inside the case-back, you will see the "2923", but I believe that this is a part reference, so that the watchmakers can see the difference between the 2913 case-back (used for the standard V72 chronographs) and the V72C (used for the thicker triple calendar chronographs). Clearly, the catalogs from this era refer to the Reference 2547, with no evidence of a 2923.

Is the watch shown below similar to yours? 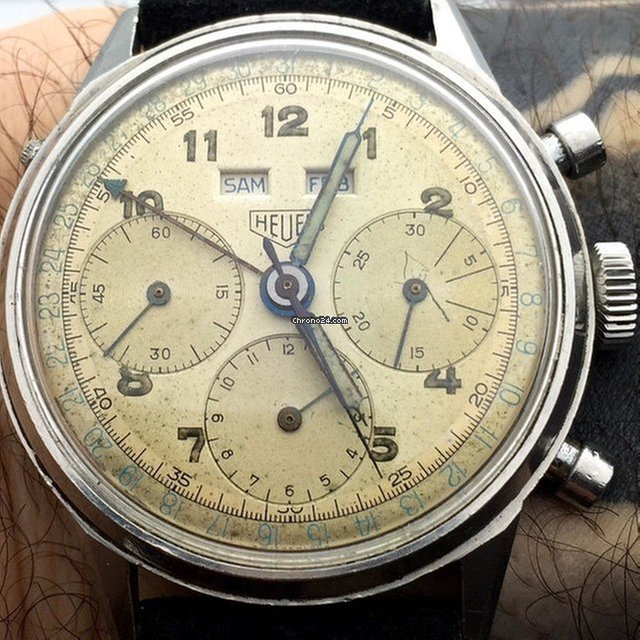 : Dear OTD members,
: I m searching information about the early waterproof 38mm screw
: back pre Carerra Dato with Valjoux 72C
: Are there copies of old advertisements existing?
: Which range of date they were produced?
: Does anybody of you know about the quantities produced and the
: watches that appeared or are in collections?
: How about dial variations?
: In which range of serial numbers this watches are.
: I would really appreciate very much if you would share some
: information.
: Thanks in advance!