Unfortunately, the Reference 418 chronograph was sold in the period when we do not have many catalogs or other references to provide information. 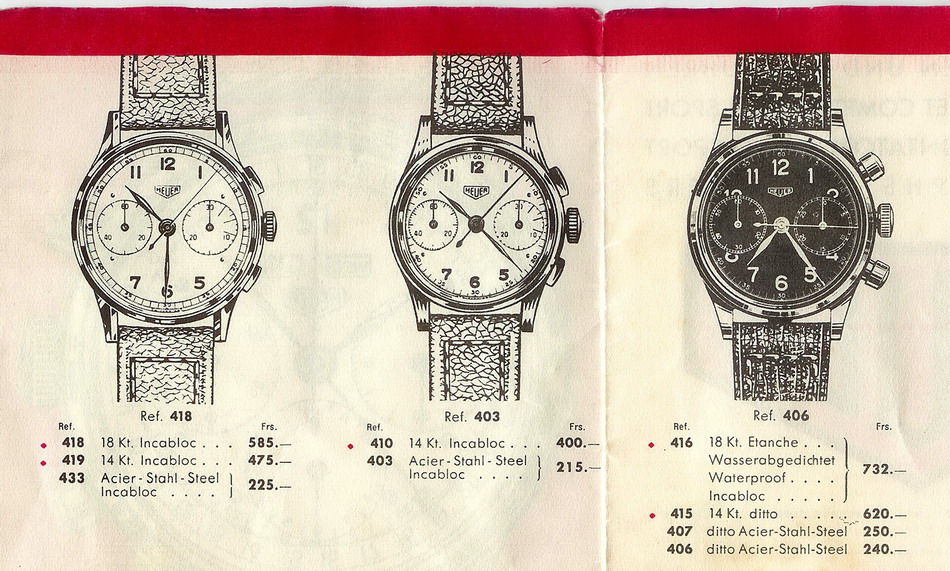 : A couple years back I inherited a old Heuer Ref 418. The watch had
: been sitting in a drawer for years and when I received it the
: timepiece ran and kept good time for a few hours and it would
: stop. I brought it in for a quote on repair which was expensive.
: Having a Valjoux 23 movement I was told was something special. I
: couldn't afford the repair at the time and I got a couple more
: quotes over time. This December I squirreled enough to have the
: watch serviced. I have it back and time for a little show and
: tell. If anyone can tell me a little about the watch it would be
: appreciated. Oh, this is the second Heuer I have owned. I had a
: 980.xxx a 41mm grey DLC quartz diver. I sold it to help purchase
: a Omega Seamaster. Today that same diver is selling for far more
: than I bought or sold it! 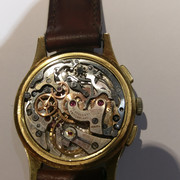