How did you obtain the 1940s catalogues for the Heuers and do you have one for 1947? Thank you!

: ...it's a 2443 case, so that would be what I feel the watch is.
: It's similar to the better-known 2447 but with less case
: material surrounding the dial, emphasing the dial a bit more
: over the case than the 2447. To very good effect here, I might
: add, I particularly like the coppery seconds scale. 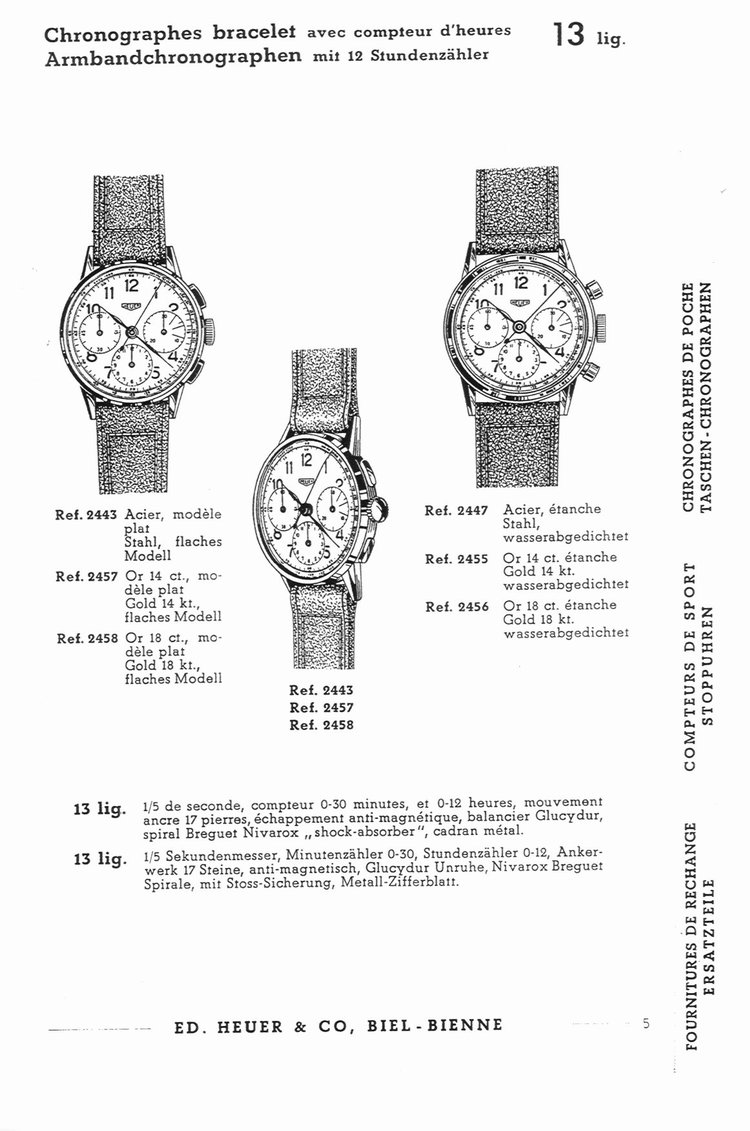 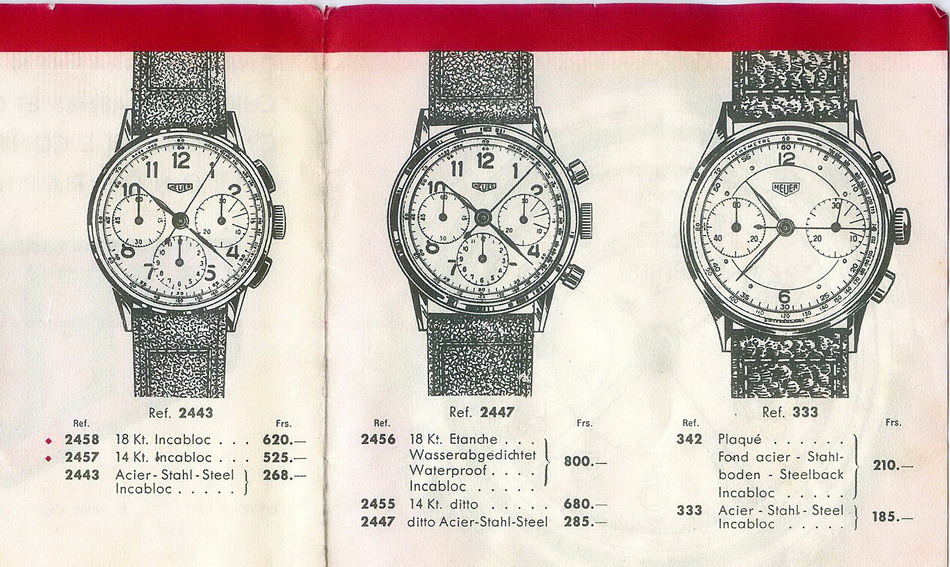 : but interestingly the equivalent cased triple calendar 2543 (hence
: the difference of only one digit in the reference) is shown for
: the first time as using these brass studs as hour markers: 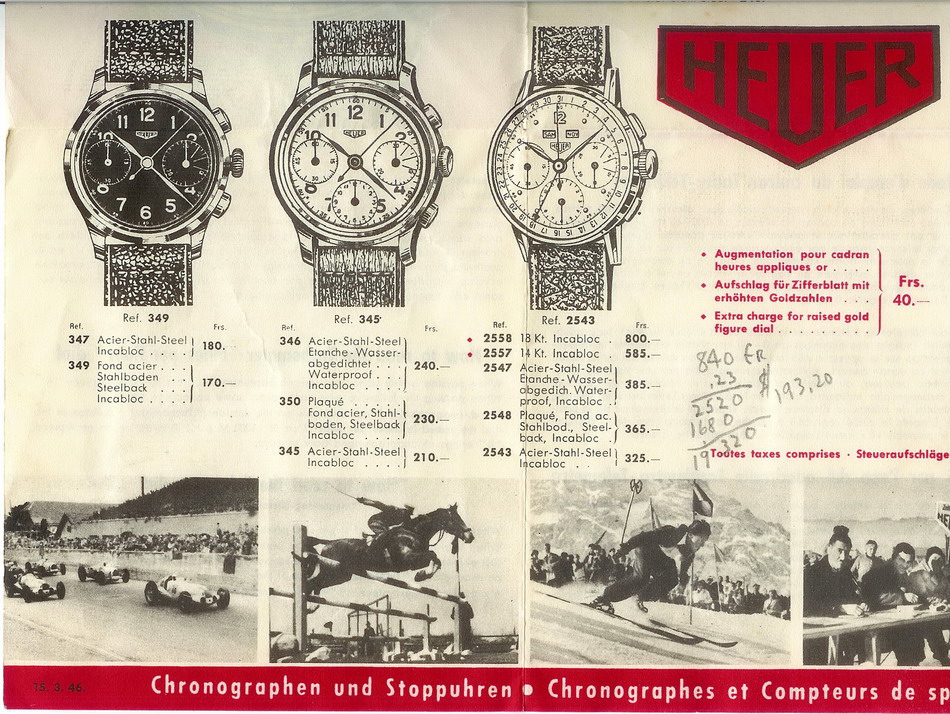 : So I reckon this is a post-war 2443 that has received the same dial
: changes as that triple calendar, thus probably from somewhere
: between ~1947 and the start of the '50s. Note, I mean Heuer made
: the design changes to the dial, I'm not suggesting this was done
: post-sale! As a 13 ligne watch, I'd expect the movement to be a
: Vj 72 or perhaps 21, the Vj 71 shouldn't fit unless it's in the
: case directly without spacers. I have seen a few watches where a
: 14 ligne movement has been crammed in in just that fashion, so
: wouldn't rule it out.

: As for restoration, yes there are people who could do that for you
: - we'd need to know where you are in order to suggest one. But I
: don't think it needs much doing - the "crystal" can be
: gently polished to remove the worst of the scratches and better
: show off the dial. The movement can be serviced to hopefully
: restore the chronograph to working order but that's as far as
: I'd recommend going - the dial looks gently patinated but that
: adds to its dignified beauty, I wouldn't let anyone near it to
: clean it up! That's all it would need to be wearable and a nice
: daily reminder of your father. It would have real financial
: value to go alongside that sentimental value - we see these less
: often than 2447s but I reckon the value would be in the same
: ballpark. I know some 2447s have been traded lately so some may
: be able to give a better idea of the value but it's definitely
: enough to make the servicing costs worthwhile.

Can you help identify this Heuer? *PIC*

Not Sure of the Exact ID, but It's a Beauty

There's no exact match in either 40s catalogue but...

Re: There's no exact match in either 40s catalogue but...

Re: There's no exact match in either 40s catalogue but...

Any US reader able to recommend servicing near Boston?