I had not heard of the Verona until a few days before my post - I stumbled across it and the design of the dial struck me immediately. It is a small detail but I also like the attention shown to the case - for example the crown is ever so slightly embedded, which I think, is a very nice touch.

The style of the watch also seems to make it one that works in any situation; studying at college, working at the office or out for a drink with friends. Did you find it to be quite versatile in that sense?

Yes, I found when looking at the calculator that it was a little Frankensteins monster. What I mean is, it looks to be a beast of a watch when on the wrist. It terms of its design I still like it - I find myself saying this about most of the pieces through 40 - late 70s & even up to mid 80s - Pasadena I think is very cool but looks like it has a commanding presence on the wrist. Perhaps someone who has owned either could comment?

The Jarma is very interesting to me. It came, late 70s (please someone correct me if I am wrong) and I had read that Gerald Genta had help turn Patek and Audemars fortunes around with a steel sports watch around that time. While many other manufactures were time to mimic the Royal Oak or Nautilus, Heuer, went its one way and its steel sports watch kept a design signature true to its history. Another example of what makes Heuer a maverick watch maker imo.

: I enjoyed the watch, but at some point traded it away or sold it. A
: couple of times, I have tried to buy another Verona, with with
: no success.

: These are nice watches . . . I like the looks a lot and they wear
: very well. The watch has the relatively clean style of the 1960s
: Carreras, in a classic-shaped case. After the excesses of the
: early 1970s -- Calculator, Montreal, Silverstone, etc. -- no
: doubt that the "third generation" of automatic Heuers
: was more restrained -- Verona, Jarama, Monza, etc. They wear
: well, and don't jump off the wrist as much as the second
: generation models. 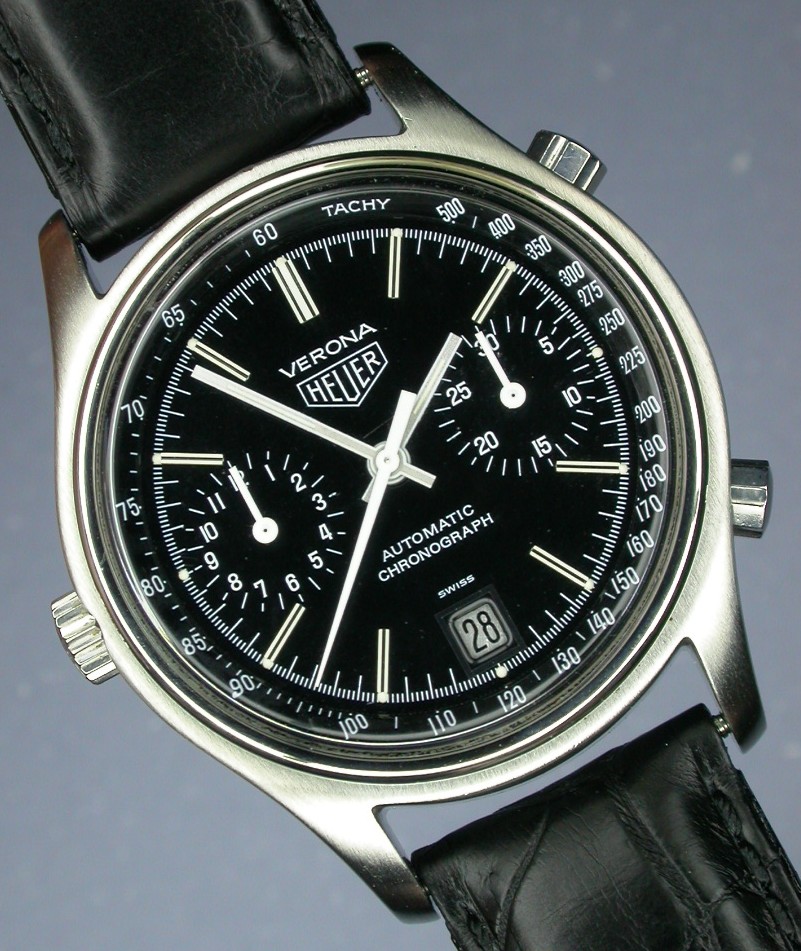 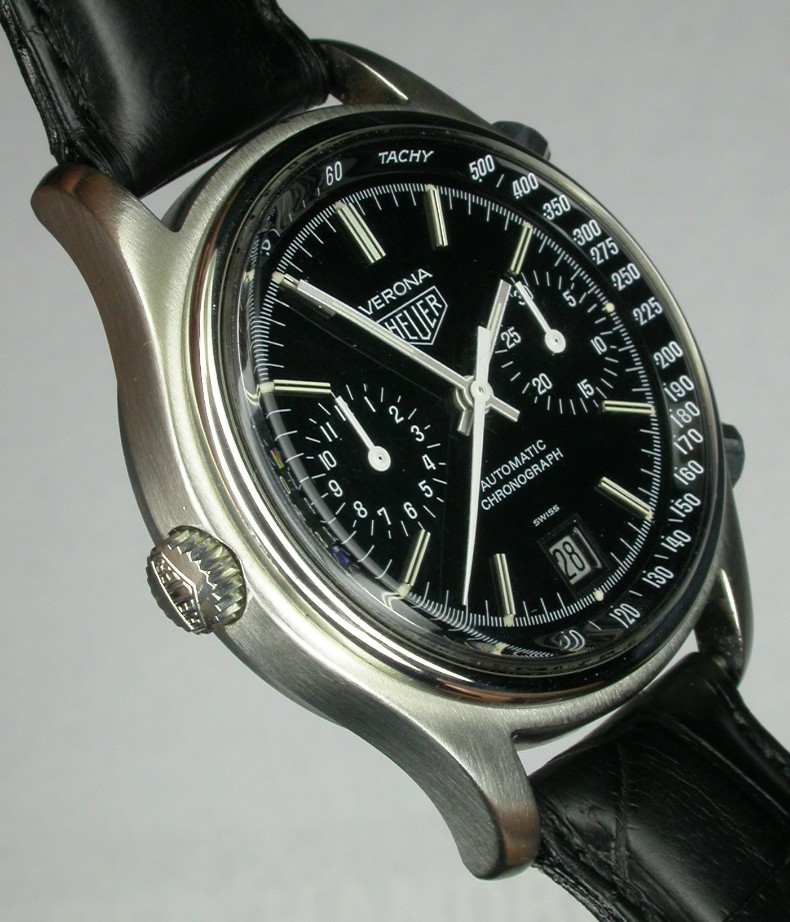 Re: Quick Impressions of Heuer Verona