Ten years ago, if you would have asked that question on the OntheDash forum, people would have laughed at you as the best choice was so obviously the Silverstone. It would have been like asking whether to buy a Ferrari 365 Daytona or a Opel Manta, with the Silverstone the 365... These days the Silverstone is out of favour, and Panda dials are king, so who knows?

Lots of Heuer collectors see the Silverstone as a weird 70s relic - maybe even a woman’s watch. I think they are very wrong. I am a biased Silverstone fan, but check out the 1974 Heuer catalog, with Clay Regazzoni sitting in his F1 Ferrari and it’s hard to conclude that the Silverstone is not one of the ultimate Heuer icons.

PS: it’s crazy the absence of driver protection in the F1 cockpit in 1974 compared to today... the driver surround walls look (and were) so fragile - and no neck protection etc etc.. 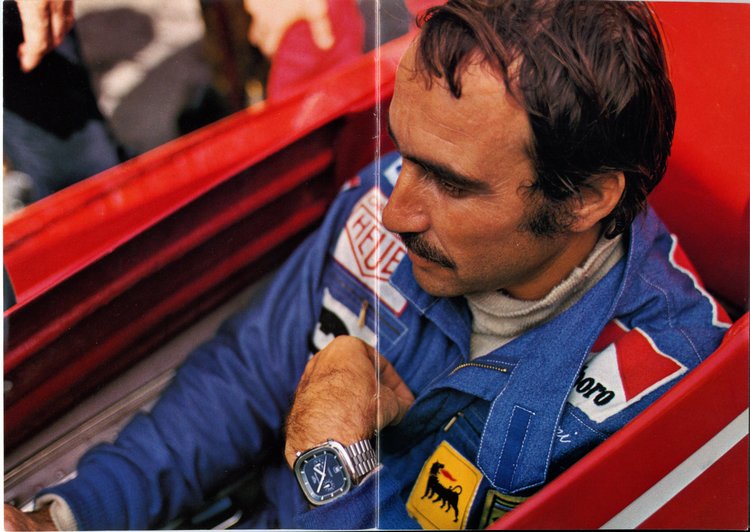