Forgot your Password? RSS
Return to Index Read Responses
Tri-Planes and John Candy??
In Response To: Re: Heuer Carrera Re-Edition or Omega Speedmaster ()

you use two great phrases that require further explanation --

so what were these Tri-Planes?? should we cover them in OnTheDash??

"However, I'm "John Candy" sized and I wear either watch interchangeably despite the size difference between the two watches."

we have an area of OnTheDash dedicated to Steve McQueen. should we create one for John Candy?? how's this, for starters?? 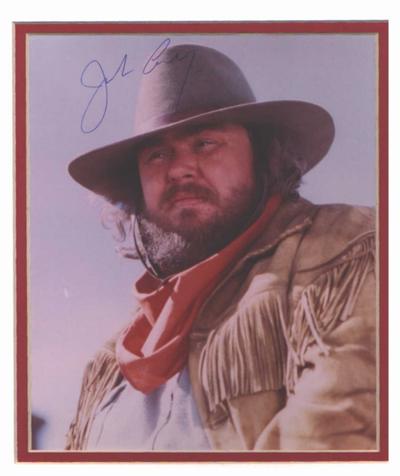 In all seriousness, thanks for your participation in this Discussion Forum and your wonderful and entertaining prose.

: I'm new to the expensive watch game, and was
: wanting a bit of advice on getting my first
: watch.

: I done a quite a bit of reading, including
: the great history of the Carrera watch
: article, about the different watches and
: I've decided on either the Heurer Carrera
: Re-Edition or the newer Carrera, though from
: reading it looks like the Re-Edition has the
: better movement, or a Omega Speedmaster
: Moonwatch. You've read it correctly
: Tony, and welcome to OnTheDash!

: The 1964 Heuer Carrera Re-Edition and the
: Speedmaster Moonwatch share the same base
: movement, the Lemania 1873 (Omega calls it
: the c.1861). And the Lemania is an excellent
: movement. I don't think anyone can point out
: a better manual wind chronograph movement
: save for the earlier Lemania 2310 (Omega
: c.321) without going very high up the price
: ladder.

: I love the look of both watches, though I do
: especially like the white/silver face on the
: Re-Edition, though I did fancy a braclet
: style watch. Does anyone have any other
: pointers, like re-sale value (not that I
: think I would, but it's nice to know),
: collectability, difference in quality
: between the two watches etc. The
: Silver dial on the Re-Edition is very
: striking, it gives the impression of looking
: at a very finely crafted precision Swiss
: instrument, like a micrometre. Bracelet's
: and the Carrera... Well, to be honest, I
: have yet to see a Re-Edition fitted with
: one. I own both the Black and Silver Dial
: Re-Editions (and a white dial original model
: and a newly purchased DDM white dial DATO
: 12) and I've only rarely seen bracelet's
: fitted to the vintage models, and they are
: typically and obviously non-Heuer
: bracelets... The Speedmaster is easily found
: both new and used on a Stainless Bracelet.

: Resale value depends on many things,
: including (but not limited to) location,
: condition, supply, demand, presentation and
: luck. Typically a one owner watch
: (regardless of manufacturer) will only
: generate 55% of full SRP valuation on eBay
: or with dealers. And that's a crude
: guideline with everything else being equal.
: What I've been telling people about how to
: determine street prices is to do a completed
: auction search on eBay, grading every watch
: listed based on the factors I mentioned
: above and compare to the actual closing
: prices. One can refine a mental range as to
: what a particular example might fetch on
: eBay.

: Collectability ... Anything is Collectable...
: There are three or four "Icon
: watches" out there in my opinion...
: These watches are so well known and have
: developed such a reputation that people will
: pay attention to them by name alone... They
: are: Rolex Submariner, Omega Speedmaster
: "Moonwatch" (and pre-Moon watches
: of that particular line), Rolex Daytona (to
: a lesser extent than the Sub and Moon), and
: perhaps the IWC Mark XI and newer models
: (the IWC might be a stretch). These watches
: have such an Icon mystique that there is
: almost a cult revolving about their
: collection... (I mean you should hear Sub
: fans split hairs about Red-Sub's and
: Bond-Sub's, and Speedmaster fans argue about
: the estetics of the 105.003 and 105.012).
: The original Carrera is as close to an Icon
: or Cult watch as Heuer has (well... The
: Steve McQueen Monaco's might be pretty close
: as well), and I don't think they quite rise
: to the level of fanaticism as the Sub or
: Moonwatch fans, or even the Daytona
: Collectors, but are on par with the IWC Mark
: crowd. The moonwatch is definately very
: collectable, but they are very common. The
: Carrera is definately collectable, but it's
: not particularly common and has been
: discontinued (in it's manual wind form) so
: it's very desirable too. And I wouldn't wait
: around too long to pick one up as they are
: getting as scarce as Tri-Planes were in the
: skies above Europe in 1918.

: Quality ... You came to the right place to
: ask... Even though most Omegan's will give
: you a pretty straightforward answer, I own 5
: moonwatch line (3-Pre Moon and 2 Post-Moon
: landing) Speedmasters, and 4 Carrera's (2
: Re-Editions, one White Dial v.72, and one
: Dato 12). So I'll give you an answer
: straight down the middle... On vintage
: models, comparing the c.321 Speedmaster vs.
: the V.72 Carrera, I prefer the Lemania
: (c.321) movement, Omega gilt (gold in color)
: plated their movements in those days, and I
: like the gilt plated look. However, in
: actual practice, I've never had any problem
: with my Valjoux 72 based Carrera, it keeps
: good time and has operated flawlessly. For
: the most part I can say the same thing about
: my c.321's but remember when dealing with
: vintage watches, especially purchased from
: different owners with differing ownership
: it's hard to make 1:1 correlations... The
: fit and finish on each watch is comparable,
: very close to one another in terms of fit,
: finish and attention to detail. As for the
: modern watches, both the Re-Edition and the
: Moonwatch use a nearly identical movement.
: Rhodium plated which is a more durable
: plating than Gilt even if it isn't visually
: as stunning in my opinion. The only real
: differences in the movement is the stampings
: on the bridge and the serial number. They
: are that similar. As for the fit, finish and
: attention to detail, these too are very
: comparable and a wash between the two in my
: opinion.

: Also does anyone have any pros and cons as to
: buying a used watch, other than the presitge
: of having it new. The prestige of
: owning new disappears about as quickly as
: the extra money in your pocket would if you
: bought a used example. Personally I believe
: the used but well cared for example is the
: best value. Of course you are buying a watch
: that somone else has worn and used, but
: it'll be used when/if you sell it or pass it
: on, so why not save that money. But buying
: used can be much more work finding the right
: example and getting the watch serviced if it
: needs it. My advice for purchasing watches
: over the web are summed up here: Buying a
: watch for a relative/Buying watches over the
: web...

: And then the other question is any
: recomendation as to where to buy it
: (preferably with a nice discount), I'm in
: the UK, but am happy to buy on the web.
: Please feel free to make use of my watch
: links page in your search. I have no
: specific recommendations as to dealers other
: than I'd be happy to answer (in private)
: queries about specific web-based dealers to
: the best of my ability.

: Thanks for your help in making my decision

: Tony Aside from all of the marketing
: hyperbole they are very similar watches,
: each with a great heritage and history. The
: Moonwatch is certainly the watch
: traditionally in the spotlight, but I
: wouldn't estimate the Carrera, it's a bit of
: a sleeper in comparision, and you wouldn't
: believe the response the Carrera article has
: generated. The Moonwatch is in my eyes a
: little more "sporty" in appearance
: and function with it's external Tachy Bezel.
: While both dress up nice for formal
: occasions, the Carrera has a much dressier
: and classier appearance with the ommission
: of that same external bezel. Aside from that
: the watches are very close with the
: Speedmaster being notably bigger and the
: Carrera more petite. However, I'm "John
: Candy" sized and I wear either watch
: interchangeably despite the size difference
: between the two watches.

: What you should do is listen to yourself above
: all others when making the decision of which
: watch to purchase. Try to visit a dealer who
: carries each of the canidate models and try
: them each on your wrist for fit and feel. If
: a watch doesn't fit well on your wrist,
: don't buy it. Once you have the watch on
: your wrist, run through in your mind all of
: the places/events you and the watch will
: share together: Weddings, Funerals, Work,
: Play, Chores, Picnics, Graduations, Births,
: Celebrations, Memorials... Which one best
: fits your needs, style and personality?
: That's the one you should by. Not what
: someone else likes or dislikes. You're going
: to be wearing the watch, not someone else.

: To thine own self be true!

: P.S. as for the topic of perforated vs.
: non-perforated straps on either watch. I
: feel that perf straps generally project a
: more sporty appearance, while the non-perf
: straps are a little more dressy. Both are a
: great look, but Perf would feel out of place
: under a dress shirt at a wedding in my
: opinion... But that's just my personal value
: judgement...

Excellent Choice!!
Enjoy your watch to the fullest, take care of herÉ
Re: Heuer Carrera Re-Edition or Omega Speedmaster