: Which surprised me. (and means the bonus game doesn't work.)
: So-according to a Heuer/Enicar expert and via a font of Heuer
: knowledge, Heuer put together V72 movements for Enicar so it is
: feasible these were leftover and put into Heuers, along with a
: bespoke bridge. (no, I don't know why a regular Heuer bridge
: wasn't used!)
: Here they are for comparison-
: 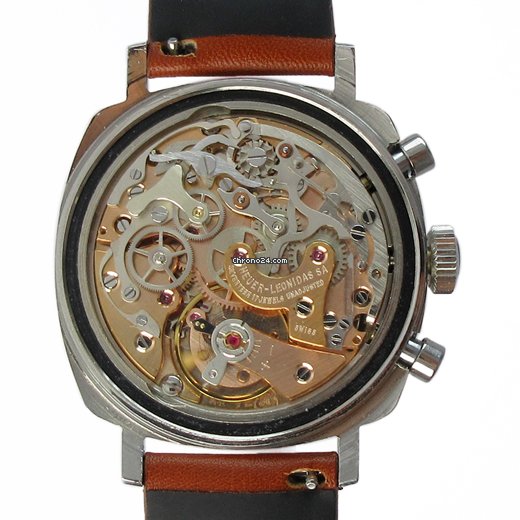 : There is at least 1 Carrera example known with the same movement.
: Any more known?

interesting indeed! Does the Carrera you are mentioning have the same unusual "Heuer Leonidas plus Seventeen Jewels" engraving on the bridge as this Camaro? I have actually never seen the Heuer Leonidas lettering starting in a circle and then turning to a straight baseline (following the available space in the bridge). Which doesn't mean that it isn't correct, of course.

Unusual Heuer Valjoux 72-any thoughts? (plus a bonus game!)